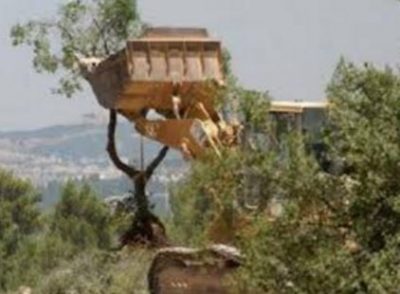 Media sources in Hebron said the soldiers surrounded the Palestinian farmlands, in Tawas area, west of Beit Ola, and uprooted them after forcing the family out.

The sources added that the uprooted lands are owned by members of Saraheen family, in Beit Ola.

In addition, the Israeli army and navy opened fire on Palestinian fishers in Gaza territorial waters, and farmers in their lands, in the besieged Gaza Strip.