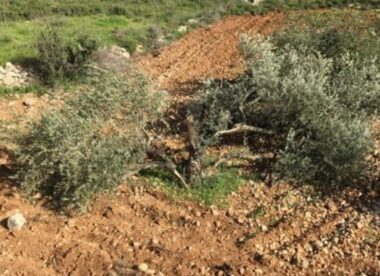 Sawafta added that the soldiers uprooted dozens of olive trees, in an orchard owned by Khaled Roshdi Sawafta, in the western area of the village.