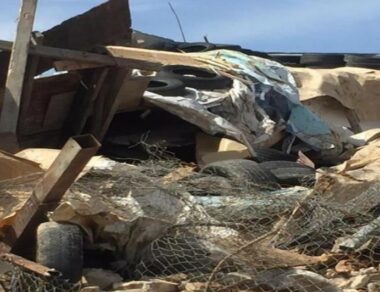 Yahia Mustafa, the Mayor of Deir Ballout, said the soldiers invaded Khallet al-‘Abhar area, in the western part of Deir Ballout, and demolished an agricultural room, on land owned by Hosni Mousa.

He added that the area has been subject to repeated Israeli violations, including the demolition of property and the uprooting of trees.

It is worth mentioning that on June 6th, 2021, when the army uprooted more than 3000 olive trees.

The area is also subject to frequent attacks carried out by the illegal Israeli colonizers who aim at expanding their colonies and outposts on the Palestinian lands.

Also, the army uprooted dozens of Palestinian olive trees in Bardala village, in the Northern Plains of the occupied West Bank.