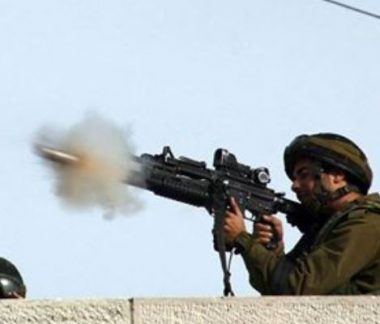 Israeli occupation forces, on Friday, violently quelled a protest held, by dozens of Palestinian demonstrators, at the northern entrance to Ramallah city, in the central occupied West Bank.

Soldiers attacked, with teargas, participants who were protesting against what has become known as the “Deal of the Century” and the US policies taking a firm grip in the region, causing many cases of suffocation from teargas inhalation.

Those who suffocated were treated at the scene, according to WAFA.

Meanwhile, the Israeli forces cracked down on a similar protest in the village of Kafr Qaddoum, near Qalqilia, in the northern West Bank.