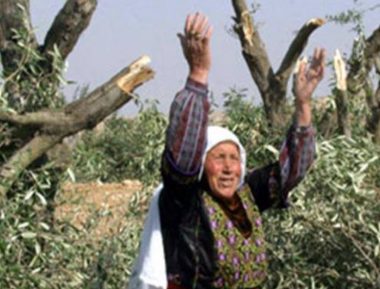 Ahmad Salah, the coordinator of the Popular Committee against the Annexation Wall and Colonies in al-Khader, said the attackers came from Sidi Boaz illegal colony, which was built on privately-owned Palestinian lands.

He added that the colonizers cut the trees and grapevines, in addition to stealing three rolls of barbed-wire fences.

The invaded lands, owned by Ahmad Rezeq Issa, as well as other lands owned by many Palestinians in the area, are subject to constant violations, carried out by illegal colonizers, and the army.

The farmers remain determined to remain on their lands, their only source of livelihood,  despite the constant attacks, and the ongoing attempts to illegally annex them for the expansion of illegal colonies, built in direct violation of International Law.