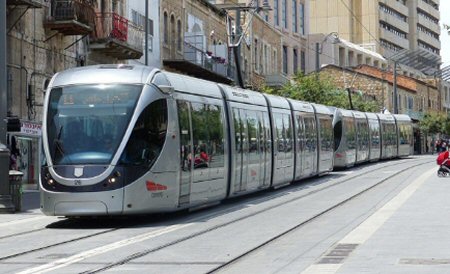 A Spanish company announced, yesterday, that it had rejected an Israeli tender to build part of the Jerusalem railway, which will cut deep into occupied Palestinian territory.

Construcciones y Auxiliar de Ferrocarriles (CAF or Construction and Other Railway Services) announced that it “refuses to build a section of the railway in Jerusalem because [it] included Palestinian land that will be confiscated, in violation of the resolutions of international legitimacy,” Al-Wattan Voice reported, according to Al Ray.

The company’s workers also rejected its participation in the project on the same grounds. Representatives of the workers said that the problem lies in the fact that the railway will pass through Palestinian lands to serve illegal settlements in East Jerusalem.

“Any project in any city around the world, especially Jerusalem, must respect human rights and international legitimacy in its implementation,” CAF stressed.

CAF added: “The General Assembly of the United Nations and the International Court of Justice [ICJ], through various resolutions, have said that they are against the occupation of land through which will pass the section of the railway.”

In related news, the so-called “Planning and Building Committee” of the Jerusalem municipality, on Tuesday, approved a plan to build 13 settlement units west of the Sheikh Jarrah neighborhood of East Jerusalem.

According to the Hebrew “Risht Kan” channel, Israeli authorities will evacuate the Palestinian population from that area and offer them compensation, after the plan is approved.

The Hebrew channel pointed out, according to the PNN, that the owner of this settlement project, a businessman from the settlers, whose daughter was seriously injured in a shooting near “Ofra” occurred recently.