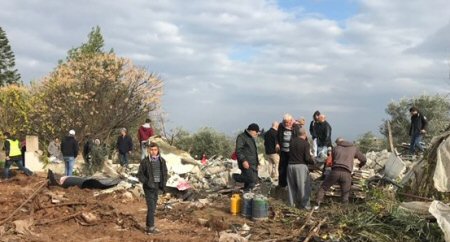 The mayor of Yaabad, Samer Abu Bakr, stated that Israeli settlers set up caravans under the heavy protection of Israeli forces on agricultural lands, of which hundreds of dunams have been seized by Israeli authorities.

Abu Bakr said that Israeli forces also began to set up polls with security cameras on Palestinian lands located along the main road between the Jenin and Tulkarem districts, near the illegal Israeli settlements of Hermesh and Mabu Dutan.

Ma’an News Agency reports that between 500,000 and 600,000 Israelis live in Jewish-only settlements across occupied East Jerusalem and the West Bank in violation of international law, with recent announcements of settlement expansion provoking condemnation from the international community.