Israeli Troops Abduct a Palestinian Youth Who Suffers From Epilepsy 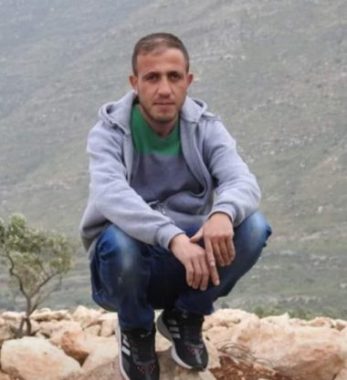 Israeli troops abducted, on Tuesday at night a young man who suffers from epilepsy, near the illegal Itamar colony, built on Palestinian lands near Nablus in the northern part of the occupied West Bank.

The father of the abducted young man, Ghassan Nasasra, said that he was informed about the arrest of his son, Mahfouth, when an Israeli intelligence officer called him, shortly before midnight Tuesday, and told him that the army has his son in custody.

He further noted to the Quds News Network that the officer called him, and told him to come to the military base carrying the medicine for his son.

“I thought that my son was at home, I was surprised by the call, the officer even refused to identify himself, and only told me to bring the medicine to the outside gate of Huwwara military base,” the father added, “We went there within the 25 minutes the officer gave us, I then asked to see my son, but the officer refused.” 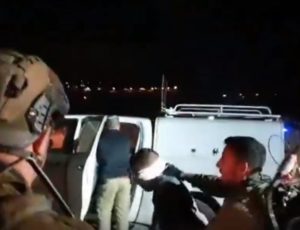 “My son suffers from a number of issues, and when he does not take his medicine and gets those seizures, he starts acting out in an unpredictable manner,” Mahfouth added, “I am calling on various human rights groups to intervene, all that I know is that he has been taken to Petah Tikva interrogation facility, but I was given no other information regarding his arrest.”

“I thank God that they didn’t kill him, the same way they did when they killed Eyad al-Hallaq in Jerusalem,” he said, “After my son gets his seizures, he starts doing things he isn’t aware of; he becomes unaware of his surroundings, and we still do not know anything about his arrest, especially since the army is not providing any information.”