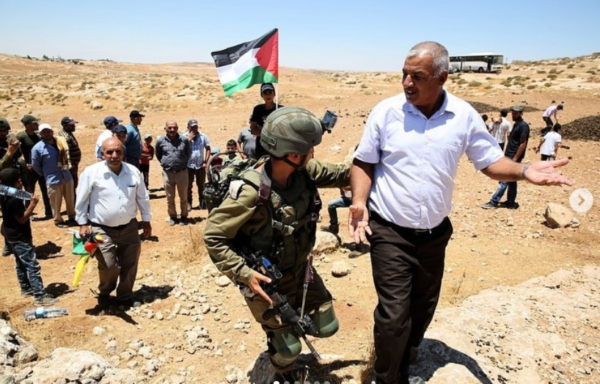 As Palestinian residents of Masafer Yatta, south of Hebron in the southern West Bank, gathered Friday afternoon for a non-violent demonstration against the Israeli theft of their lands, Israeli forces violently assaulted them with rubber-coated steel bullets, tear gas and batons.

The Palestinians had gathered for an outdoor prayer and vigil on the site of the land Israeli authorities are attempting to confiscate from its Palestinian owners.

According to local sources who were present at the event, the Israeli forces invaded the area when they saw the group of Palestinians gathered to pray.

The protesters were challenging the expansion of an Israeli colonial settlement – which has been widely condemned and is considered illegal under international law – on the land belonging to Palestinian owners from Masafer Yatta.

In addition, the protesters called for an end to the ongoing brutal assaults by Israeli colonial settlers on Palestinian villagers in Masafer Yatta, south of Hebron. 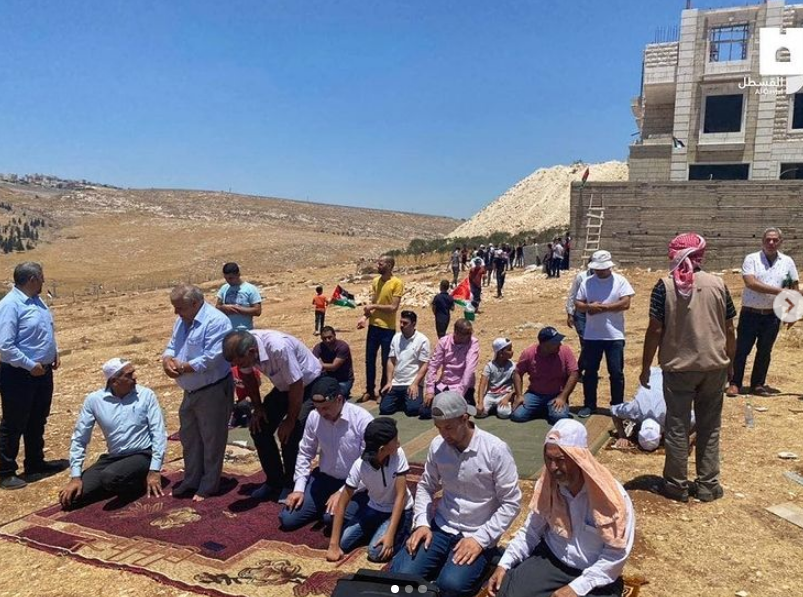