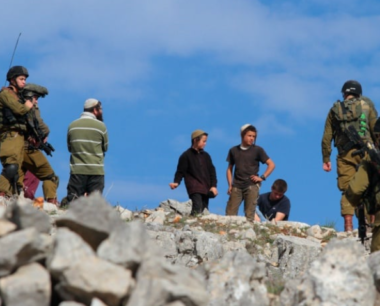 Israeli colonialist settlers, illegally squatting on Palestinian lands, assaulted and injured a child, Saturday, in the at-Tuba village, south of Hebron city in the southern part of the occupied West Bank.

He added that the child was herding his family’s sheep on their lands close to the illegal Havat Ma’on and Ma’on colonies, which were built on stolen Palestinian lands,

The village is part of the Masafer Yatta area which includes 19 small communities and is subject to ongoing assaults and violations by the colonists and the soldiers.