Soldiers Injure Many Palestinians in Beita 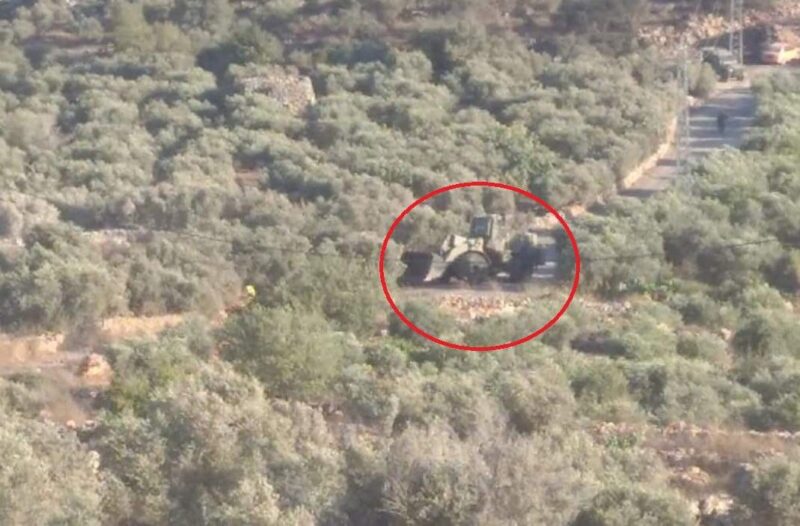 Israeli soldiers injured, on Sunday at night, four young men and caused scores to suffer the effects of teargas inhalation, in Sbeih Mountain in Beita town, south of the northern West Bank city of Nablus.

Ahmad Jibril, the head of the Emergency Department at the Palestinian Red Crescent Society (PRCS) in Nablus, said two Palestinians suffered lacerations and bruises after falling while the soldiers were chasing them.

Jibril added that two Palestinians were shot with rubber-coated steel bullets and dozens suffered the effects of tear gas inhalation.

It is worth mentioning that Beita witnesses daily protests, especially in (Abu) Sbeih Mountain, since illegal colonialist settlers installed, two months ago, an outpost on its top, which was dubbed as “Givat Evitar.”

The Israeli army also installed earth mounds, using D-9 armored bulldozers (manufactured by the US company Caterpillar) blocking the main road to the village, as part of a larger plan to take over the village.

The Palestinians repeatedly removed the earth mounds, and the army keeps coming back to install them.

A week earlier, on June 19th, Israeli soldiers invaded Beita and destroyed $100,000 worth of vegetables in Beita by firing teargas at a vegetable storage unit.

The land in question is part of Jabal Sabih (Sabih Mountain), which is owned by Palestinian residents of Beita and surrounding villages. Israeli forces have seized a large part of the mountain in an attempted land-grab to claim the land for the Israeli state. This is even though Palestinian landowners hold deeds to the land in question and have for generations.

Israeli settlements are considered illegal under International Law and the Fourth Geneva Convention and have been condemned by numerous United Nations resolutions. But Israel, with the support of the US government, continues its expansion of its territory onto Palestinian land in the West Bank (including East Jerusalem).