Two Palestinians Forced to Self Demolish Buildings in occupied Jerusalem 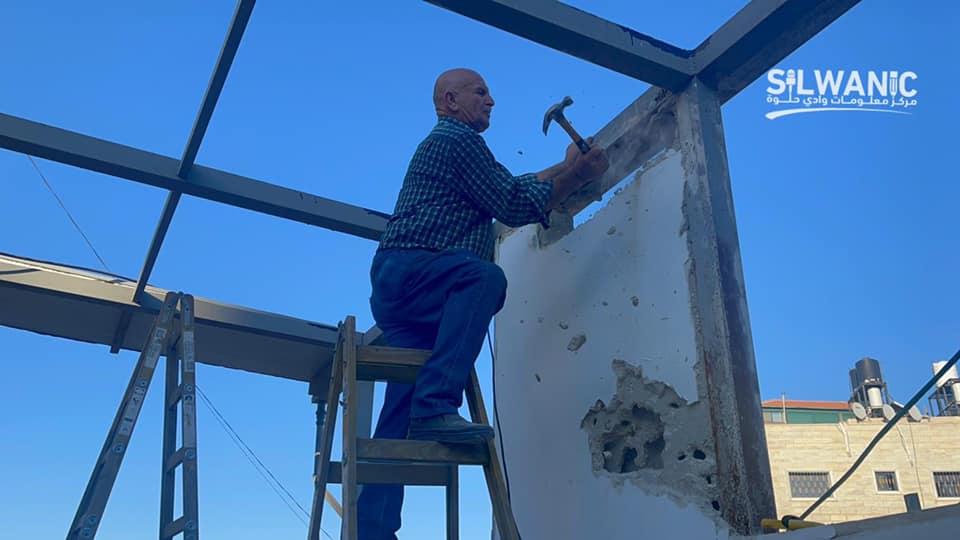 Two Palestinians were forced, by the Israeli municipality, to knock down their own buildings, in the Silwan neighborhood, in occupied East Jerusalem.

The Wadi Hilweh Information Center (Silwanic) reported that Muhammad Ali Siam, on Sunday, was coerced by the Israeli municipality who threaten unreasonable fines, to demolish his own warehouse.

Sunday was the last day the municipality allowed Siam to go through with the demolition or risk paying punitive fees if its crews knock the building down.

Siam added that the warehouse was built 20 years ago, and after attempts to freeze the order, the authorities ordered its demolition under the pretext that it was built without an Israeli permit.

Furthermore, a Palestinian father was forced, by the Israeli Municipality, to demolish a room which was built for his special needs child.

Hamza Abu Saloum, from Al-Thawri neighborhood in Silwan, stated that since the room was built in 2013, the Israeli municipality has imposed a total of 44,000 shekels over the years in fines for a so-called building violation.

After years of paying fines, the authorities ordered the demolition, so on Saturday, Abu Saloum demolished the room that was built for his son Gabriel, who was born with special needs.