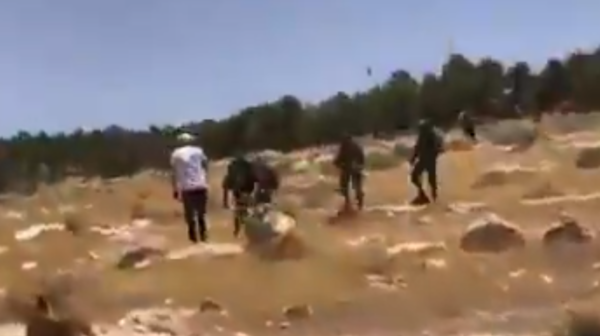 The attack took place in al-Tuwanah village in the Masafer Yatta community, south of Hebron in the occupied West Bank.

The right-wing paramilitary Israeli settlers physically assaulted and beat up Fo’ad Omour, a Palestinian activist, during their raid of Masafer Yatta. According to local sources, Omour sustained bruises and cuts as a result of the assault, and was taken to a hospital for medical treatment.

Mohammad Rabaee, head of the Al-Tuwanah village council, told the Palestinian News Agency Wafa that the settlers drove into the village from the nearby illegal settlement of Havat Maon with their guns drawn.

They began opening fire on local residents, but luckily no one was hit with the live bullets they fired.

The paramilitary colonial settlers then set fire to two tents belonging to Hatem Makhamreh, a local resident. Those tents were homes to Hatem and his family. The fire has rendered the family homeless.