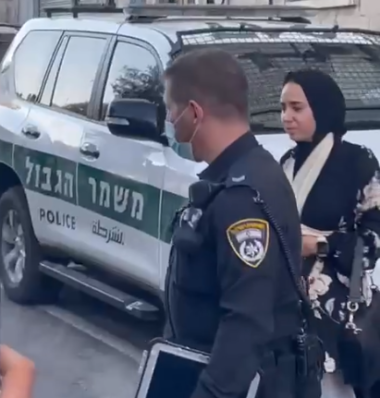 Media sources said protests erupted in Sheikh Jarrah after illegal Israeli colonialist settlers attacked Palestinians from the Abdul-Latif family, and injured three of them before the soldiers abducted a young man, identified as Samir Khalil Abdul-Latif.

The soldiers also abducted two young women identified as Asala Abu Hasna along with her sister, Alisar, (Video by Silwanic), while they were walking towards their home. (See video by Wadi Hilweh Information Center In Silwan (Silwanic).

The Palestinian Red Crescent Society (PRCS) said its medics also provided treatment to three Palestinians who were assaulted by the soldiers and moved one of them to a hospital.

It is worth mentioning that many Palestinian families are living in Sheikh Jarrah after they were forced out of their homes and lands during the Nakba of 1948, when Israel was established in the historic land of Palestine, after ethnically cleansing hundreds of towns and villages.