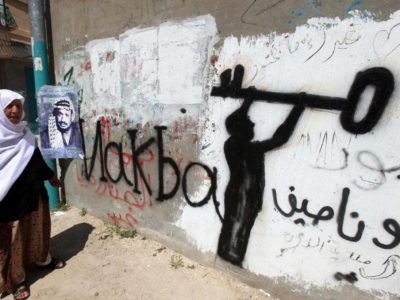 The troops did not announce the reason for the invasion, nor was there a statement from the Israeli military.

A number of Palestinian civilians suffered from tear gas inhalation due to the Israeli occupation forces’ firing of tear gas and tear gas canisters towards houses in the area.

A correspondent with the Wafa News Agency said that the Israeli occupation forces stormed the camp and fired sound bombs, tear gas and rubber-coated metal bullets towards the houses of the Palestinian residents of the camp, causing panic among the children.

Those who suffered from tear gas inhalation were treated by local medics on the ground. None were hospitalized.

The troops, according to eyewitnesses, stayed for several hours firing tear gas and sound bombs at the houses of the camp.

Some of the youth of the camp threw stones at the soldiers to try to get them to leave. Eventually, the soldiers left the camp and headed back to their military base built on illegally-occupied Palestinian land.

In related news, the soldiers installed a roadblock at the entrance of Shuhada Street, in the center of Hebron city, in addition to many roadblocks on roads in several areas of Hebron governorate.

The roadblocks were installed at the entrances of Bani Neim and Beit Awwa towns, the al-‘Arroub refugee camp, and near Beit Hagai illegal colony.

The soldiers stopped and searched dozens of cars, and interrogated the Palestinians while inspecting their ID cards.

Earlier this month, on Nov. 11th, a 22-year-old from the al-Aroub refugee camp was shot and killed by Israeli soldiers during a similar invasion. He was allegedly among youth throwing stones at the soldiers when he was shot and killed. The slain Palestinian was identified as Omar Haitham al-Badawi.