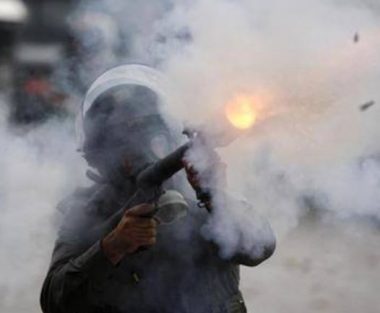 Palestinian sources in Yatta village, south of Hebron, said that Israeli troops fired some torch bombs in the sky over Hebron, which burned half an acre of Palestinian farm land of barley and wheat to blaze.

Coordinator for the steadfastness and protection committee in the city, Foad Alemour, told local media outlets that the fire bombs, launched by Israeli troops, also set on fire two homes owned by the Rashid family.

Alemour further noted that the residents of Yatta village rushed to prevent the spread of the fire, and were successful in extinguishing both the farm land and the local home fires.

These Israeli actions seem to have no strategic military justification, and appear to have been perpetrated by the occupation army, in order to cause terror among the Palestinian population.

According to the United Nations General Assembly resolution 72/85 reaffirmed that the Geneva Convention, relative to the Protection of Civilian Persons in Time of War, of 12 August 1949, is applicable to the Occupied Palestinian Territory.