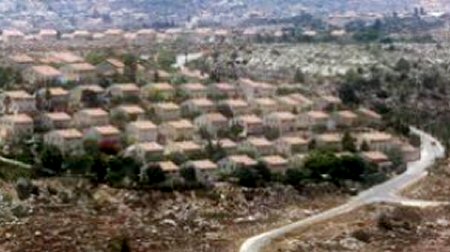 Israeli settlers erected tents to the east of Khallet, in the northern Jordan Valley, on Wednesday.

Arif Daraghmeh, a human rights activist, said that settlers pitched tents east of Khallet Makhoul, setting up camp for themselves and a number of sheep they had taken with them.

The camp has incited fears among local Palestinians “that these tents will become a new settlement”.

In similar situations prior to this, these camps start off as caravans that evolve into illegal settlement outposts on Palestinian land; the first sign of the establishment of official settlements.

The Jordan Valley is a sparsely populated land, rich in fertile soil, with the promise of potential. However, for the most part, Palestinians have been stripped of the right to realize this potential. Although it is part of the West Bank, the majority of the area is controlled by Israeli occupation authorities, whereas around 85% of it is inaccessible to Palestinians, B’tselem reported last year.

Around 20 illegal Israeli settlements have already been established in the Jordan Valley, so far, according to the PNN. They are usually set up by settlers, under the protection of the Israeli occupation army.

With the announcement of thousands of new settlement units across the West Bank being approved by the Knesset, it seems the threat of this most recent Israeli caravan is further imminent suppression of the Palestinian people.