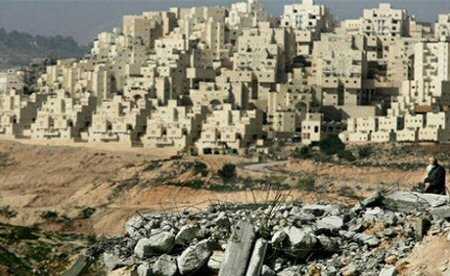 The movement explained, in a statement, according to Al Ray, that 87% of the housing units will be built in isolated settlements that are located outside of the settlement blocs. It noted that about 1,908 units are planned to be built east of the Apartheid Wall, in the occupied West Bank, and 283 units in settlements west of the Wall.

While the Higher Planning Committee approved plans for building 1,100 housing units in the West Bank, Walla reported that the committee seeks to back the building of 450 additional units.

The committee also discussed plans to establish two industrial zones near the settlements of Avni Hefts and Betar Illit.

Peace Now added that that two plans seeks  to legitimize two outposts and grant them a legal status, namely, “Ibi Hanahal” and “Gafa’ot”, while another plan calls for the establishment of a new settlement near the settlement outpost of “Mitzpeh Danny”, in the form of an internal educational institution that constitutes housing.

Israeli authorities have issued plans to build 5,618 housing units in 2018, including 4,672 housing units in “isolated” settlements east of the Apartheid Wall. This confirms Israel’s rejection of a political solution to the Israeli-Palestinian conflict.