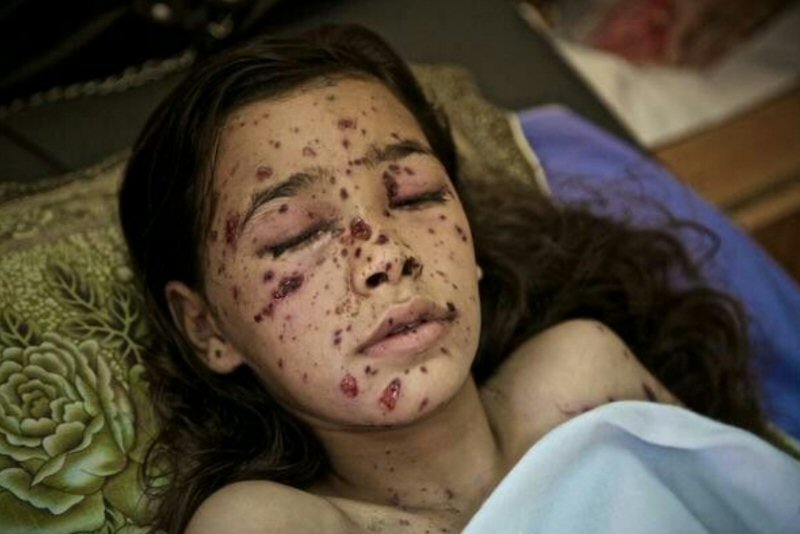 Rebecca Stead is an MA graduate of SOAS University of London, focused on Middle Eastern Studies with Arabic, with special attention to the history, culture and politics of Israel-Palestine, specifically, and the Levant, more broadly.

Where: The Gaza Strip

On 27 December 2008, the Israeli occupation launched a massive military offensive against the Palestinians in the Gaza Strip. The Strip had been placed under an Israeli-led siege a year earlier, subjecting the 265 square-kilometre-enclave to a land, air and sea blockade. Codenamed Operation Cast Lead, this offensive began at 11am on a Saturday morning, with Israeli Air Force jets firing on targets across the territory. Ynet reported at the time that “80 jets, warplanes and helicopters dropped over 100 bombs on dozens of targets [during] the initial strike.” Among the targets were the small fishing port and the main police compound in Gaza City.

Throughout the first week of the assault, the Israeli occupation relied on aerial attacks to pound Gaza. A report by the Palestinian Centre for Human Rights for the week 24–31 December 2008 (cited in the United Nations Fact-Finding Mission on the Gaza Conflict, sometimes known as the Goldstone Report) found that Israel “launched at least 300 air and sea strikes against the Gaza Strip. These strikes targeted 37 houses; 67 security and training sites; 20 workshops; 25 public and private institutions; seven mosques and three educational institutions.”

Police stations in particular came under deliberate attack across the Strip. The “Arafat City” police headquarters in Gaza City, as well as three other stations, were attacked within the first few minutes of the assault on 27 December. The UN report states that, over the course of Israel’s military operations, 248 members of the Gaza civil police force were killed, which means that more than one out of every six fatalities was a police officer.

Israeli Defence Minister at the time, Ehud Barak, claimed that there were three objectives for launching the offensive: “Dealing Hamas [which, since winning the 2006 Palestinian elections, had governed the Gaza Strip] a forceful blow; fundamentally changing the situation in Gaza and bringing the rocket attacks against Israeli citizens to a halt.” Barak ordered a “special situation on the home front” for all Israeli communities within a 13-mile radius of the nominal border of the coastal enclave, which was quickly expanded to include the southern Israeli cities of Ashdod and Ashkelon.

the Israeli occupation also drafted around 6,700 army reservists, in case it decided to widen the operation. Given that the assault was launched during election season, all contenders halted their campaigns in a show of support for the then Israeli Prime Minister Ehud Olmert, who had also launched an offensive on Lebanon just two years earlier.

Footage from the three-week Israeli war on Gaza, circa 2009. (WARNING: Content is extremely graphic in nature.)

On the eighth day of the offensive – 3 January 2009 — the Israeli occupation launched a ground invasion of Gaza. Israeli infantry entered the enclave from the north, supported by artillery fire and fighter jets. The Palestinians in Gaza, it must be remembered, have no artillery or other heavy weapons, no tanks, no air force and no navy. They faced the full might of one of the world’s strongest and best equipped armed forces with AK47s.

The UN report details how the Israeli occupation tried to cut the Strip in two – bisecting the territory from Karni (Al-Muntar) Crossing in the east, through Al-Nuseirat south of Gaza City, to the coast – before focusing troops in the north. For a further five days the northern towns of Al-Atatra and Beit Lahia came under heavy attack, with the UN report detailing “[Israel’s] alleged use of human shields, the alleged widespread mistreatment of civilians, including detentions, and transfers of large numbers to Israeli prisons in unlawful circumstances.”

Israelis use of chemical weapons

In the later stages of the offensive, reports began to surface claiming that the Israeli occupation had used white phosphorous — a chemical which creates a smokescreen for offensives but which causes severe burns and organ failure — during its attack on the people of Gaza.

The Israeli occupation initially denied these reports, but investigations by several human rights organisations documented evidence to the contrary. A 2009 Amnesty International report found that “Israeli forces made extensive use of white phosphorus, often launched from 155mm artillery shells, in residential areas, causing death and injuries to civilians.” Among the targets were the UN Relief and Works Agency (UNRWA) headquarters and Al-Quds Hospital in Gaza City; an UNRWA primary school in Beit Lahia, north of Jabalia and numerous residential areas.

[quote] “White phosphorus is extremely dangerous for humans as it causes deep burns through muscle and down to the bone, continuing to burn until deprived of oxygen. It can contaminate other parts of the body, or even people treating the injuries, poisoning and irreparably damaging internal organs.”

The rights organisation added: “Although using white phosphorus as an obscurant is not forbidden under international humanitarian law, air-bursting white phosphorus artillery shells over densely populated areas of Gaza violated the requirement to take necessary precautions to protect civilians.”

Human Rights Watch (HRW) agreed with Amnesty’s assessment, claiming that the manner in which Israel used the chemical could constitute a war crime. HRW’s “Rain of Fire” report argued that while “white phosphorus munitions did not kill the most civilians in Gaza […] their use in densely populated neighbourhoods […] violated international humanitarian law (the laws of war), which requires taking all feasible precautions to avoid civilian harm and prohibits indiscriminate attacks.”

On 8 January 2009, the UN Security Council approved resolution 1860 calling for a ceasefire in the Strip by a 14-0 margin. The United States abstained in the vote. The resolution called for an “immediate, durable and fully respected ceasefire, leading to the full withdrawal of Israeli forces from Gaza.” It condemned “all violence and hostilities directed against civilians and all acts of terrorism,” calling for “the unimpeded provision and distribution throughout Gaza of humanitarian assistance, including of food, fuel and medical treatment.”

Both the Israeli occupation and Hamas declared the resolution invalid. The offensive continued for another 10 days, only coming to a close after a brutal 22 days. “The ferocity of the attack was unprecedented in the more than six-decade-old conflict between Israelis and the indigenous Palestinians,” the Institute for Middle East Understanding (IMEU) observed.

Donald Macintyre, former Jerusalem bureau chief for the Independent, said in his book Gaza: Preparing for Dawn that following Operation Cast Lead, “It was impossible to ascribe ‘victory’ to either side.” He argued that the Israeli occupation’s “bellicose pre-war talk of ‘crushing’ or ‘removing’ Hamas” proved to be “little more” than talk, while Hamas leader Ismail Haniyeh’s claim of victory was “at least as hollow”.

Gaza, however, has never recovered from the 2008 offensive. While acknowledging that its economy was already being strangled by the siege, the UN report found that Israeli military operation “destroyed a substantial part of the Gaza Strip’s economic infrastructure and its capacity to support decent livelihoods for families.” The figures speak for themselves: 700 businesses were damaged or destroyed, with direct losses totalling approximately $140 million; the agricultural sector suffered direct losses worth $170 million; and over 3,354 houses were completely destroyed, with a further 11,112 partially damaged, according to figures from the United Nations Development Programme (UNDP). A separate UN report estimated the cost of Gaza’s losses and damage at $1.1 billion.

In the years since, the Israeli siege of the Strip has prevented the reconstruction of infrastructure destroyed during its 2008 offensive. To add insult to injury, Gaza has also since been the target of two more offensives at the hands of the Israeli occupation: the 2012 offensive, dubbed Operation Pillar of Defence, and the 2014 offensive, dubbed Operation Protective Edge. Almost 4,000 Palestinians were killed during these three offensives. Today, 54 per cent of Gaza’s almost 2 million-strong population is unemployed, while 53 per cent live under the poverty line in what has been described as one of the worst humanitarian situations in the world.

A decade later, the Israeli occupation continues to shirk responsibility for its actions. Earlier this month, an Israeli court ruled against Izzeldin Abuelaish, a Palestinian doctor who lost three of his daughters during an Israeli air strike on his home in Jabalia, in the north of the Strip. Abuelaish’s story was made famous after he discovered that his children — 13-year-old Bessan, 15-year-old Mayar and 20-year-old Aya – had been killed while he was speaking to an Israeli TV channel; his suffering was broadcast live across the country and later shared widely around the world.

Despite Abuelaish’s grief and the international attention his story received, the court still ruled that Israel bore no responsibility for the girls’ deaths, instead calling it an “unfortunate side effect” of the offensive.

(Disclaimer: The views expressed by the author do not necessarily reflect those of the publishers. Footqge from 2009 offensive provided by IMEMC staff.)