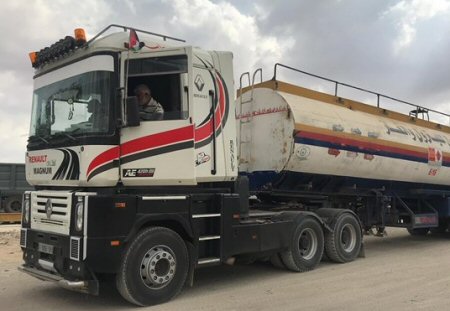 Despite the humanitarian crisis in Gaza, Israel’s Defence Minister Avigdor Lieberman, Friday, ordered a halt to any further fuel deliveries to the Hamas controlled Gaza Strip. Tuesday was the first delivery of Qatari bought fuel.

MWC news reports that this UN-brokered deal allows fuel paid for by Qatar to enter through Israel, with UN monitoring. Qatar has provided fuel to Gaza strip‘s only power plant. An official from Qatar stated that the fuel is “to avert an escalation in the existing humanitarian disaster from becoming worse.

Lieberman’s office announced on Friday that this move was “in response to attacks against Israeli soldiers and civilians.” Lieberman also cited “riots” along the fence dividing Israel and Gaza, including a beach protest. The report also stated that Israel would “not tolerate a situation in which fuel tankers are allowed to enter Gaza on the one hand, while terror and violence are used against IDF soldiers and Israeli citizens on the other.”

The statement also blames Hamas for “welcoming any terrorist attack, and accuses Hamas of encouraging Palestinians from Gaza and the West Bank to carry out attacks against Israeli citizens”.

The two latest attacks on Israeli soldiers and citizens, happened in the West Bank, which is ruled by the Fateh party and not Hamas. A senior official close to Palestinian President Mahmoud Abbas told Azzam al-Ahmad that there will be retaliatory measures, if the fuel deliveries continued. Many attempts at restoring the Fateh party to power in Gaza have failed.