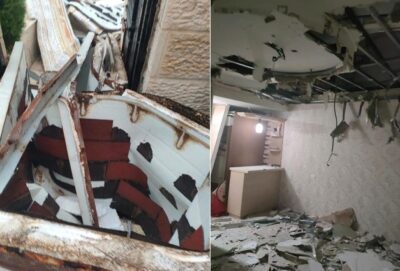 On Saturday evening, the City Council in occupied Jerusalem, in the West Bank, forced a Palestinian family to demolish its home.

Media sources said the family’s home is in the Wadi al-Jouz area in Jerusalem, adding that the family has been trying to appeal the demolition order and has already paid heavy fines and fees.

The City Council in occupied Jerusalem refused to grant the family of Haj Yahia a permit for their home and threatened to impose much harsher fines in addition to legal prosecution, including imprisonment.

The family had to demolish its own home to avoid being forced to pay additional fines and fees and the hefty demolition costs if the city used its workers and equipment.

Many Palestinians in the occupied city resort to constructing their homes without permits due to Israel’s continued refusal to grant them these permits, an issue that forces expanding families to live in small homes or apartments or build homes on their lands without permits.