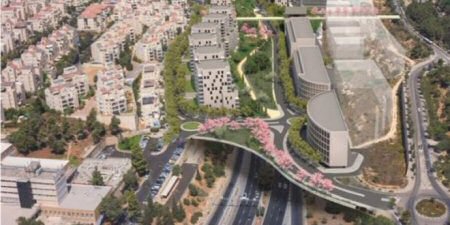 Mayor of the Jerusalem municipality, Nir Barkat, has announced a plan for the construction of a new Israeli settlement, in a neighborhood of occupied Jerusalem.

Barakat explained that the center includes the establishment of a high-tech village, with surprising residential and recreational entertainment in a central location above the highway, in Jerusalem.

He pointed out, according to the PNN, that a huge park will be built on an area of ​​70 hectares, around the entertainment center, walking trails, green spaces, cafes and a communication center between the government complex and the Hebrew University.

He pointed out that another area will be built on, which will see 830 new housing units, including 50% of the small housing units for young families in the city, according to his vision, 25 settler units protected and about 13,390 square meters of retail space and public spaces.

Barkat noted that the plan will be submitted, for the first time, in two weeks, for approval by the Jerusalem Local Planning and Building Committee.

He said, “We are constantly increasing the resources for developing the neighborhoods and advancing the quality of life there. Over the next few years, the residents of the city’s neighborhoods will enjoy new and advanced infrastructure, swimming pools, sports fields, event halls, day-care centers and many other initiatives.”