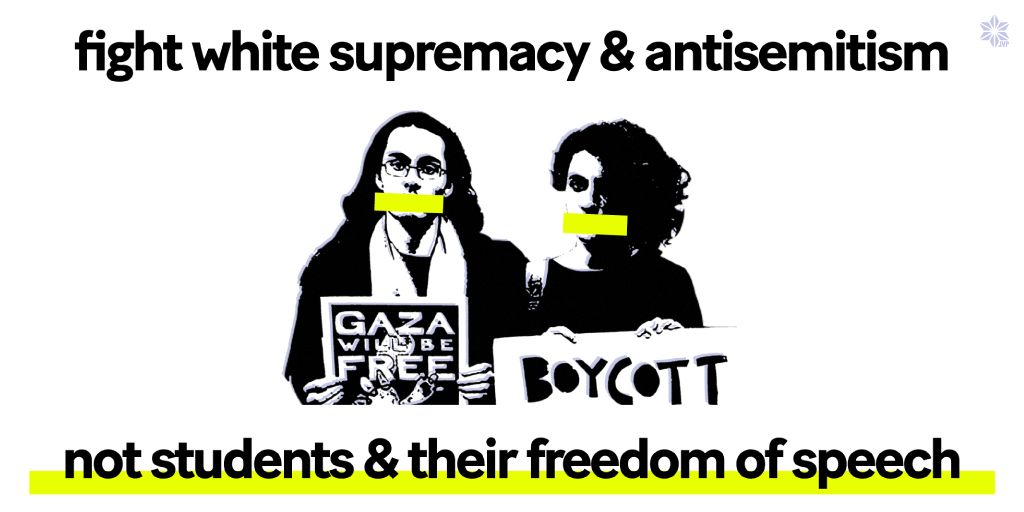 Their statment reads as follows:

The impending Executive Order by President Trump will do nothing to make Jewish students safer on college campuses, and Jewish Voice for Peace is appalled at this blatant attempt to silence criticism of Israel.

TrumpŌĆÖs┬ĀExecutive Order allegedly targeting campus antisemitism┬Āis the culmination of decades of attempts by anti-Palestinian organizations to suppress Palestinian organizing, advocacy, research and teaching on college campuses. The EO, which would codify a dangerous and overly broad definition of antisemitism into federal civil rights law, fails to offer any protection to Jewish students. Instead, it will usher in a climate of fear on college campuses, where university administrations will be incentivized to silence student activism, faculty research, and teaching about Palestine ŌĆō while white supremacist organizing, which has been steadily increasing under Trump, will go unchecked.

Rabbi Alissa Wise, acting Co-Executive Director of Jewish Voice for Peace, said:
ŌĆ£Three days ago, Trump said Jews would vote for him because they like money. And yet now he suddenly pretends to care about Jewish safety? He has never cared about stopping antisemitism ŌĆō this Executive Order is about silencing Palestinians and the people who speak up with them. The Executive Order is his way of forcing through a deeply unpopular and unconstitutional bill. Jewish Voice for Peace calls on members of Congress to immediately condemn this Executive Order and commit to overturning this authoritarian act.ŌĆØ

This EO essentially duplicates legislation that has failed to garner bipartisan support in the House or Senate for years. Opposition to the so-called ŌĆ£Anti-Semitism Awareness ActŌĆØ has grown steadily, including objections from activists and free speech groups.┬Ā Most recently, over┬Ā250 Jewish students┬Āopposed the 2019 act. In 2016, over 60 Jewish Studies professors, and over 300 Jewish students, opposed┬Āthis definition. When this definition was proposed by anti-Palestinian activists to the University of California in 2015, over┬Ā300 UC faculty┬Ācame out in opposition, along with the┬ĀLA Times editorial board,┬ĀAmerican Civil Liberties Union, and┬ĀCalifornia Scholars for Academic Freedom.

The EO relies on the work of Kenneth Marcus, the Assistant Secretary for Civil Rights in the Department of Education.┬ĀMarcus, and his organization the Brandeis Center, has long harassed students and faculty who disagree with his extremist and right-wing views on Israel. He openly advocates for defunding Middle East studies departments who are too critical of Israeli policy, and has, in his capacity as head of the Brandeis Center, gone after individual students who protest Israeli actions.

« Adalah: The Illegality of IsraelŌĆÖs Plan to Transfer Palestinian Bedouin Citizens into ŌĆśRefugee Displacement CampsŌĆÖ in the (Negev) 690 Violations against Palestinian Media in Two Months »