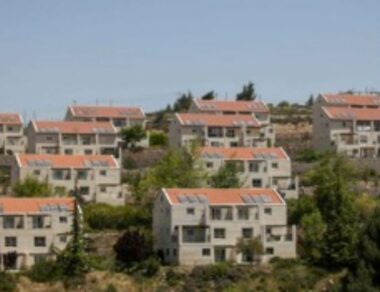 AMMAN, Thursday, December 17, 2020 (WAFA) – The Jordanian Foreign Ministry today condemned the adoption by the Israeli parliament, the Knesset, in its preliminary reading, of a law legalizing settlement outposts in the occupied West Bank.

In statements published by the Jordanian news agency, Petra, the ministry’s spokesperson, Daifallah Alfayez, condemned the vote, describing it as a flagrant violation of international law and United Nations resolutions, foremost of which is the Security Council resolution 2334 on settlements.

He stressed that the outposts are neither legitimate nor legal, and are based on private Palestinian property, and that the Israeli settlement policy in the occupied Palestinian territories, whether building or expanding settlements, seizing lands or displacing Palestinians, is illegal, a unilateral-step in violation of international law, and undermines the foundations of peace and efforts to resolve the conflict and achieve a comprehensive and just peace as well as the chances for a two-state solution.

Alfayez called on the international community to shoulder its responsibilities by pressuring Israel to stop its settlement policy.