Kahanism: The Logical Conclusion of Zionism 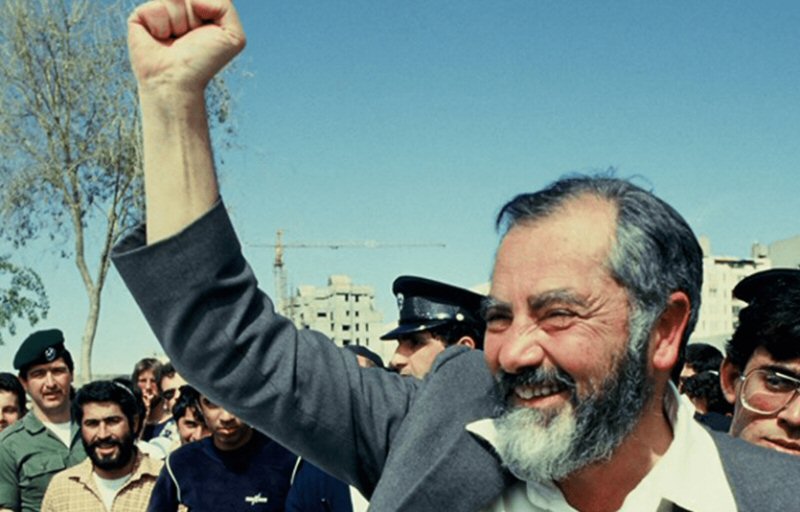 In Israel’s elections later this month, a hard-right bloc, led by the incumbent Prime Minister Benjamin Netanyahu, looks likely to be the victor.

This bloc of legislators now looks likely to include the Kahanists of the Otzma Yehudit (Jewish Power) party.

Rabbi Meir Kahane was a fanatically anti-Arab, anti-Palestinian racist. He openly advocated for all Palestinians to be expelled from historic Palestine – what he termed the “Land of Israel”, from the river to the sea.

His 1981 book was a direct and to-the-point screed advocating for the openly racist ethnic cleansing of Palestine. It was titled, “They Must Go”.

Kahane, like many Zionists, was so racist that he usually refused to use the word “Palestinian”, claiming they did not really exist and were simply “Arabs” who had come to the “Land of Israel” in latter times – a common Zionist myth.

“The Jews and Arabs of the Land of Israel ultimately cannot coexist,” he wrote. “There is only one path for us to take: the immediate transfer of Arabs from Eretz Yisrael, the Land of Israel, to their own lands.”

He had founded the so-called Jewish Defence League in New York in 1968. This extreme Zionist group was violently racist against African-Americans and against Palestinians and other Arabs alike.

For years it engaged in a domestic terror campaign against civilian targets – mostly Palestinians, other Arabs and Soviets – but also sometimes against other Jewish and even Zionist targets, when it had internecine scores to settle.

The FBI’s prime suspects fled to Israel, where some are still harboured.

In 1971, Kahane left for Israel, where he founded the Kach party and began to contest elections.

Kahane stated that Kach was the Israeli affiliate of the JDL. The JDL was eventually deemed a terrorist organisation by the FBI and Kach was outlawed even by Israel.

Kahane finally entered the Knesset, Israel’s parliament, in 1984. It was thought likely his party would win more seats in the 1988 election but it was prevented from running after being outlawed.

Kahane was assassinated in New York in 1990, but his political thought lives on today in many Israeli political parties. It is not only Otzma Yehudit, although they are bad enough.

Marzel is one of the West Bank’s most violently radical Israeli settlers. He lives in the Tel Rumeida settlement, in occupied Hebron, and has been involved in the foundation of many such Jews-only colonies, violently expelling Palestinians and colonising Palestinian land.

Marzel’s supporters have written that he was, for 25 years, “the right-hand man of Rabbi Meir Kahane”, joining Kach when he was young, and acting as its spokesperson for a decade.

He also “led the militant front lines in Judea and Samaria [the West Bank], to act with a firm and uncompromising hand against the Arab enemy,” a now-deleted “CV and highlights of public activities” once boasted.

Marzel has for decades held a celebration at the graveside of Baruch Goldstein – a notorious American follower of Kahane who massacred 29 Palestinian civilians in 1994 at Hebron’s Ibrahimi Mosque.

These are the Zionist extremists that Netanyahu looks now likely to usher into government.

Netanyahu pushed for Otzma Yehudit to be integrated into a larger bloc of the far-right, making it far more likely they will enter his governing coalition.

Israel lobby groups in the US have uncharacteristically condemned Otzma Yehudit. The American Jewish Committee, for example stated that “the views of Otzma Yehudit are reprehensible. They do not reflect the core values that are the very foundation of the state of Israel.”

That last sentence is flatly untrue, however, considering the fact that the state of Israel was founded of the ethnic cleansing of more than 750,000 Palestinians from Palestine.

According to liberal Israeli daily Haaretz, this is because the ZOA has a more intimate and direct financial relationship with hard-right American Zionist and billionaire anti-Palestinian donor Sheldon Adelson.

Although the ZOA’s statement – which is openly racist in itself – should not be taken wholly seriously, one has to concede that ZOA President Morton Klein has a point when he states that the condemnation by AIPAC, the ADL, the AJC and the rest of the Israel lobby is “hypocritical”.

This is much like the condemnation in March of Netanyahu for saying that Israel is not a state of all its citizens but for Jews only. In both cases, the outrage is not over the substance of Israeli racism, but over the fact that hard-right Israeli leaders are dropping the pretence and lie that Israel is not a racist state and that Zionism is not racism.

Those are difficult pretenses to keep up when your politicians follow as their guru the man who advocated for Arabs that they must go.

One of the popular slogans of Israel settlers is “Today everybody knows that Kahane was right.”

There was no need for Netanyahu to un-ban the Kach party, because most of what Kahane advocated has been adopted wholesale by “mainstream” Israeli political parties.

Asa Winstanley is an investigative journalist living in London who writes about Palestine and the Middle East. He writes for The Electronic Intifada where he is an associate editor and also a weekly column for the Middle East Monitor.