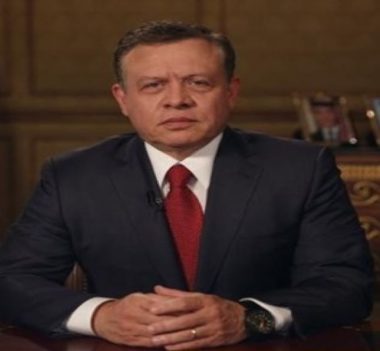 King Abdullah of Jordan stated, during a Friday meeting in Washington with U.S. Secretary of State Mike Pompeo, that the region requires “serious peace talks between Israel and the Palestinians,” based on the two-state solution.

He said that the talks must lead to establishing an independent Palestinian State, with East Jerusalem as its capital, living in peace next to Israel.

The two officials also held talks on what was described as the “strategic relations and cooperation between Jordan and the United States,” in addition to the developments in the Middle East.

King Abdullah stated that the International Community must ensure ongoing support to the United Nations Relief and Work Agency (UNRWA) to enable it to continue providing its educational, health and relief services to the Palestinian refugees.

He also held separate meetings with the U.S. Secretary of Defense James Mattis, and White House National Security Advisor John Bolton, and mainly discussed the “joint U.S.-Jordanian relations,” and the current conditions in the Middle East.

It is worth mentioning that the Jordanian Monarch also met with U.S. Secretary of the Treasury Steven Mnuchin, and U.S. Secretary of Commerce, Wilbur L. Ross, and discussed efforts to boost economic and trade cooperation between the two countries.