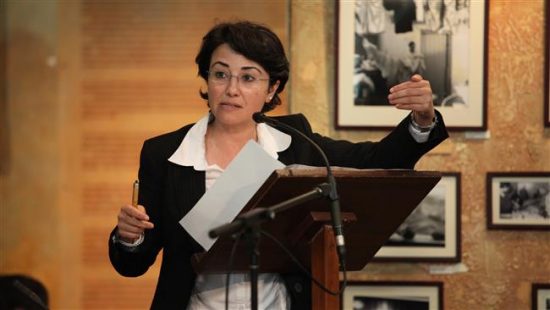 The Israeli parliament of the Knesset rebuked Palestinian MK Hanin Zoabi  over her remarks about Israeli soldiers who participated in the Mavi Maramra attack, in which she described them as murderers.

The committee of behavior at the Knesset said that Zoabi’s remarks were “extreme, provokable and untrue,” according to Al Ray Palestinian Media Agency.

Israeli Prime Minister Benjamin Netanyahu ordered to accelerate procedures to remove Zoabi from Knesset, saying that she “overruns all limits with her remarks, no place for her in Knesset.”