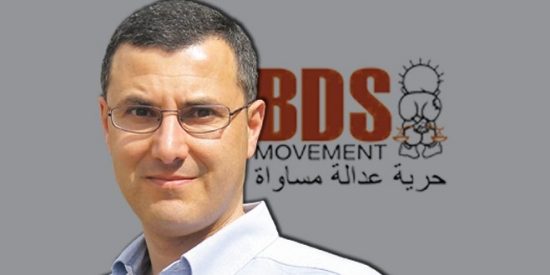 The effective travel ban imposed by the Israeli government on the BDS Movement’s co-founder Omar Barghouti was temporarily suspended for two months, during a court hearing at Haifa District Court, on 19 July 2016.

Barghouti has been under an effective travel ban since April of 2016, ostensibly based on the claim, by the state, that the “center of his life is not in Israel.” Israeli ministers and official spokespeople, however, have explicitly mentioned Barghouti’s human rights activities in the BDS movement as the real motive behind the anti-democratic travel ban.

Given the failure of Israel’s Ministry of Interior to take the necessary legal steps that are required prior to deciding not to renew Barghouti’s travel document, Barghouti’s lawyer, Gila Barzili proposed in court that the Ministry should grant Barghouti at least a temporary renewal of his travel document until it has fulfilled these requirements. The state’s attorney accepted the proposal.

Examining all the evidence that was presented on Barghouti’s behalf — that proves that his “center of life” is in present-day Israel — and granting him a hearing are considered fundamental rights that he is entitled to before the state decides on any measure that violates his human rights.

The Haifa District Court determined, according to the PNN, that a re-examination of Barghouti’s application for the renewal of his travel document is to be conducted by the Ministry of Interior, and until then he is entitled to have his travel document renewed.

Around the same time, Omar Barghouti was announced as a winner — along with Ralph Nader — of the Gandhi Peace Award for the year 2016, presented by the US-based organization Promoting Enduring Peace. The Gandhi Peace Award has been presented since 1960 to people who have made “outstanding contributions to world peace, creating a sustainable ecology and  social justice.”

Speaking on behalf of the Palestinian BDS National Committee (BNC), the largest coalition in Palestinian society that is leading the global BDS movement, Mahmoud Nawajaa reacted to the Haifa court results saying:

“This temporary lifting of Israel’s travel ban on Omar Barghouti clearly reflects the impact of the worldwide condemnation of the ban and of Israel’s all-out legal, intelligence and propaganda war on the BDS movement.”

“By evoking the worst days of McCarthyism, Israel, just like the apartheid regime in South Africa had done, is alienating the liberal mainstream and inadvertently expanding the appeal of the BDS movement in it at unprecedented rates.”

“Israel’s war on BDS seems to be backfiring. It has triggered the long-sought recognition by European governments and leading international human rights organizations for the right to advocate and campaign for Palestinian rights through the boycott of Israel.”

“But we should not relax. This is only a procedural delay in Israel’s still-ongoing process of punishing Omar for his defense of Palestinian human rights. We urge people of conscience around the world to intensify their efforts to counter Israel’s repressive war on the BDS movement, as only effective and sustained pressure can have a significant impact. We call on fellow BDS activists to continue their inspiring work of growing the movement in pursuit of Palestinian freedom, justice and equality.”