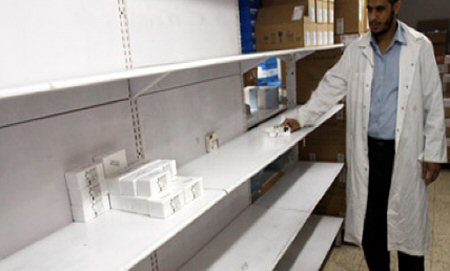 The acute shortage of some types of therapeutic milk, in Gaza hospitals, is leaving infants threatened by a genetic defect that is known to cause mental disability, the Palestinian Ministry of Health warned, on Monday.

The ministry said, in a statement, that the lack of a therapeutic milk for infants infected with PKU threatens them of mental disabilities.

According to the Mayo Clinic, Phenylketonuria (fen-ul-key-toe-NU-ree-uh), also called PKU, is a rare inherited disorder that causes an amino acid called phenylalanine to build up in the body. PKU is caused by a defect in the gene that helps create the enzyme needed to break down phenylalanine.

It noted that about 107 children suffering mental retardation and psychological disorders, including 22 children under one year, are prone to mental disability due to the lack of the therapeutic milk for PKU.

Infants infected with PKU are diagnosed early after being born; they are banned from consuming animal foods.

The ministry explained, according to Al Ray Palestinian Media Agency, that the lack of milk causes complications to the  sick children, beginning with a gradual decrease in IQ until they reach a state of mental disability.

It said that the therapeutic milk for the children under the age of one year is now unavailable in its stores or hospitals, with the available amount just sufficient for three weeks.

Palestinian Ministry of Health in the Gaza Strip faces a continued shortage of many types of medicines and medical consumables due to the conditions of the ongoing Israeli siege, since 2006, and the sanctions imposed by the Palestinian Authority for more than a year.

Analysis 08/28/18 Palestine Refugees: Beyond the Numbers