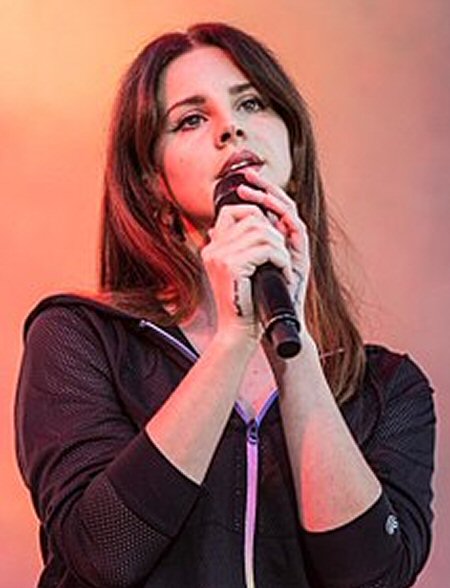 American singer and songwriter, Lana Del Rey, received criticism worldwide following an announcement that she will be performing at the Meteor Festival in Tel Aviv, next month.

Despite pro-Palestinian groups’ efforts, such as the Boycott, Divestment and Sanctions movement (BDS), insisting that Lana Del Rey cancel her performance at the Meteor Festival next month, she officially declared her decision to perform.

Del Rey said, in a statement issued via her Twitter account, that her performance is “not a political statement or a commitment to the politics there, just as singing here in California doesn’t mean my views are in alignment with my current government’s opinions or sometimes inhuman actions.”

Del Rey continued, in her tweets: “I understand many of you are upset that we are going to Tel Aviv for the Meteor Festival. I understand your concern, I really do.”

“What I can tell you is I believe music is universal and should be used to bring us together. We signed on to the show with the intention that it would be performed for the kids there and my plan was for it to be done with a loving energy and a thematic emphasis on peace. If you don’t agree with it, I get it. I see both sides.”

Ma’an News Agency further notes that “performing for the kids” typically means under the age of 18, while the Meteor Festival’s minimum age is 18; most of the attendees of the festival were, will be or currently are part of the Israeli army which enforces the Israeli occupation throughout the West Bank and the besieged Gaza Strip.

Del Rey concluded: “For the record, I’m doing the best I can and my intentions are better than most peoples’ that I know.”

Del Rey posted her tweets in response to the calls by BDS members to cancel the singing performance, and included a petition entitled “Dear Lana, We Need to Talk about Your Appearance in Israel.”

BDS wrote, in an open letter to Del Rey, that “performing in an apartheid state, whether South Africa in the past or Israel today, in defiance of the voices of the oppressed always undermines the popular struggle of the oppressed to end oppression.”

Following the criticism, Lana Del Rey responded, via her Twitter, “We will still be playing our show in Israel. That being said, I understand the concern towards showing support to the Palestinians too. So I just wanted to let you know when I’m in Israel I will be visiting Palestine, too, and I look forward to meeting both Palestinian and Israeli children and playing music for everyone.”

Performing in Israel still remains highly politicized, with many criticizing that Israel’s military action towards the Palestinians is more than enough to justify a cultural boycott.

The New Zealand singer, Lorde, was also criticized for booking a concert in Tel Aviv for her 2018 world tour, but cancelled it after many discussions with people with various views on the situation. “I didn’t make the right call on this one,” Lorde explained.

Following widespread criticism from pro-Palestinian groups, several artists have cancelled their concerts in Tel Aviv, including Beyonce and Shakira.

Lana Del Rey now joins a list of music artists, such as Radiohead, who have publicly denounced BDS attempts urging them to cancel their planned performances in Israel.