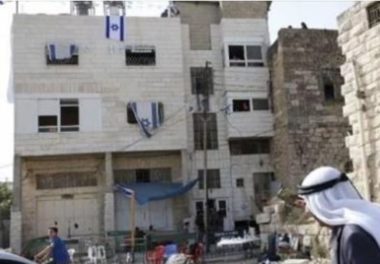 Israeli “Defense Minister” Avigdor Lieberman has approved plans for the construction of a new illegal colony in an old Palestinian vegetables market, in the heart of the Old City of Hebron, in the southern part of the occupied West Bank.

The approval of the new colony comes just a few weeks after the Israeli government authorized the construction of 31 units, in illegal colonies in the occupied West Bank.

Last month, Israeli Peace Now Movement stated that “for the first time in twenty years, Israel will build a Jewish colony in the heart of Hebron, in an area where a military base once stood” on Palestinian lands.

Hebron is one of the biggest Palestinian cities in the occupied West Bank, and is surrounded by illegal colonies, in addition to the colonies and outposts in the heart of the city.

On October 14th, Israeli daily Haaretz has reported that the government of Benjamin Netanyahu approved $6 Million to build 31 housing units for Jewish settlements in Hebron, at the site of the former Israeli army base.

The Palestinian government strongly denounced the illegal Israeli decision, and said that the approval of the new colony is a “declaration of war against the Palestinian people and their existence, in addition to violating international laws and agreements.”

The government demanded the International Community to act and stop Israel’s illegal colonialist activities, and to provide the needed protection to the Palestinian people.

Israel Hayom newspaper reported that it was approved, on Thursday, to build about 20 thousand settlement units in “Maale Adumim”, within the agreement between the Ministry of Construction and Housing and the municipality of the settlement.

Hebrew channel 7 reported, according to Al Ray, that the plan is to build the settlement units on the old wholesale market in Hebron, claiming that the building was erected on Jewish land.

The paper claimed that the implementation of the project has been delayed for years, due to “legal obstacles”, while a judicial paper was recently developed to allow the project to start, and was approved by the Attorney General.

This comes only days after the signing of an agreement to approve the construction of tens of thousands of settlement units east of occupied Jerusalem over seven years.

Israeli occupation authorities have divided occupied West Bank and Jerusalem territory, transforming Palestinian towns and villages into separate and isolated cantons surrounded by settlements on each side, and linked by roads full of fixed and mobile military barriers.