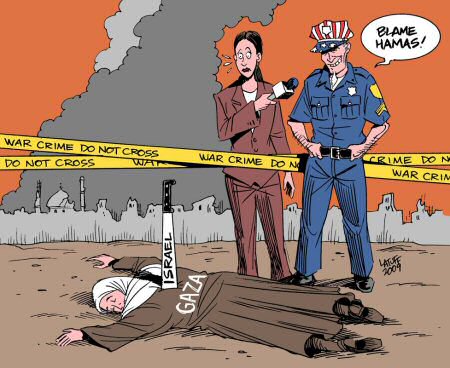 Israeli Defense Minister Avigdor Lieberman claimed, on Tuesday, that Hamas had crossed all red lines, stressing that Israeli cabinet “must” take a decision to launch a “serious blow” on the Gaza Strip, to topple Hamas.

During a meeting with Israeli commanders and Israeli soldiers in charge of the Gaza division, he said: “We are not willing to accept the level of violence we see one week after another… a serious blow to Hamas could bring us at least five more years of quiet.”

He added, according to Days of Palestine: “The defence establishment did everything to [solve] the situation before 29 March before the violence broke out – we did this our way, by using force, by using persuasion, by cooperating with those who wanted to help.”

“There were all sorts of attempts to reach an arrangement led by Egypt, the UN, and the UN envoy. We tried all other ways, I did not see any results, unfortunately.”

Israeli news website Ynet reported him saying that the “serious blow… must be a decision of the cabinet. Unfortunately, neither the defence minister nor the prime minister can make such a decision on their own.”

The goal of the Palestinians in Gaza, he said, “is to lift the siege, which means one thing: uninterrupted free ability to bring in weapons, Hezbollah fighters and Iranians into the Gaza Strip – and we will never allow that”.

Prior to moving to Israel from Moldova, Lieberman worked as a nightclub bouncer. When he moved into an Israeli settlement, he gained infamy when he was charged with beating up a 12-year old boy. He espoused extreme right-wing views, and became a member of the Yisrael Beitenu party. He is now chair of that party.