Lorde Set an Example to Follow for Young Celebrities 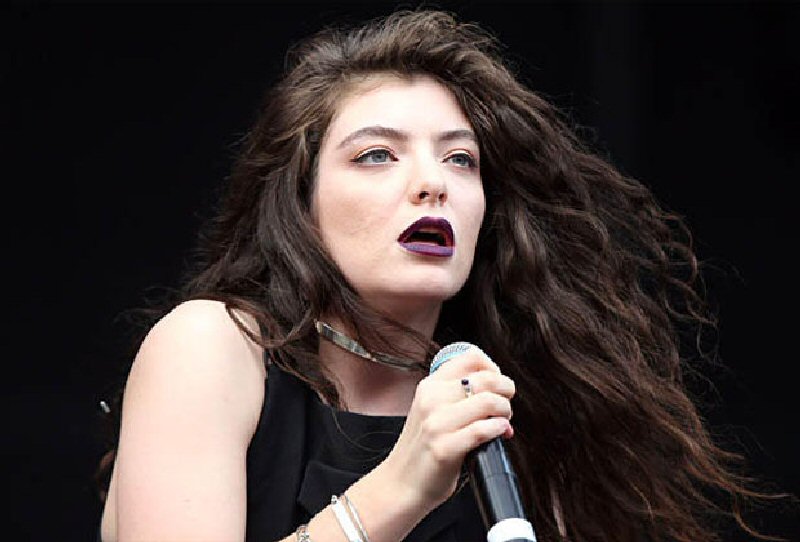 In the growing tide of support for the cultural boycott of Israel, New Zealand music star Lorde’s decision to cancel her Tel Aviv concert is precedent-setting in many ways.

Lorde cancelled the Israeli leg of her 2018 world tour only days after it was announced. With commendable modesty and openness to engage moral questions of our times, she welcomed appeals from her fans who are active in challenging Israel’s oppression of Palestinians through Boycott, Divestment and Sanctions (BDS).

Exhibiting the political maturity of a truly “informed young citizen”, she recognised why the overwhelming majority of Palestinians, including artists, have called on international cultural figures not to entertain apartheid Israel, and she acted on her conscience to make the “right call.”

At 21, Lorde is arguably the first artist of her generation and calibre (she has won two Grammy awards), to cancel a performance in Israel. According to the Jerusalem Post, she was “by far, the biggest contemporary name to announce a 2018 show in Israel.”

Lorde’s cancellation touched a raw nerve in Israel’s regime of oppression, with the foreign ministry shifting to damage control mode. Their panic was apparent when the Israeli ambassador to New Zealand tweeted to Lorde a desperate public invitation for a meeting.

The ambassador’s involvement is a clear signal that the Israeli government views these cultural events as part and parcel of its global public relations efforts to art-wash its regime of occupation, colonisation and apartheid against Palestinians, and to use culture as a propaganda tool to present Israel’s “prettier face”, as a senior Israeli official once admitted.

Lorde’s cancellation is not the only source of cultural boycott anxiety for Israeli officials. In 2017 alone, many scheduled gigs in Tel Aviv were cancelled following appeals from Palestinian, Israeli and international human rights activists.

In April rapper Princess Nokia cancelled her headline performance at Kalamazoo festival in Tel Aviv, after calls from fans and campaigners. In August, eight artists cancelled appearances at the Pop-Kultur music festival in Berlin, including headline act Young Fathers, to protest the festival’s partnership with the Israeli embassy.

Young Fathers, winners of the UK’s Mercury Prize, wrote that they “support the principle of a peaceful solution that allows Palestinians the right to return to a safe homeland and that allows Israelis and Palestinians of all faiths (and none) to live together in peace.”

Other artists who withdrew from Pop-Kultur included Finnish metal band Oranssi Pazuzu, Tunisian singer and songwriter Emel Mathlouthi, and Syrian rap band Mazzaj. Thurston Moore, who performed at the festival in 2016, tweeted his support of the artists’ boycott of the 2017 edition and called on the organisers to end Israel’s sponsorship.

Chilean-American-Palestinian producer and composer Nicolas Jaar performed in a Palestinian venue in Haifa, in accordance with BDS guidelines.

The French duo Acid Arab, who had in the past performed in Tel Aviv, announced in November that they would heed the cultural boycott of Israel: “We were naive enough to think that our musical project could break barriers… We refuse to lend our names to a regime of occupation… We will never undermine the non-violent Palestinians struggle for freedom, justice, equality and peace.”

Also in November, Olof Dreijer of Swedish duo The Knife announced that he had declined an offer to DJ in Tel Aviv: “Palestinians living under military occupation and apartheid are denied their basic rights. I’ve been to Palestine myself and seen the effects of the occupation with my own eyes. As long as this goes on, I will not perform in Israel.”

British singer-songwriter Rag’n’Bone Man tweeted that his scheduled Tel Aviv concert had been cancelled, following BDS calls, with many fans and human rights advocates thanking him for his decision.

US hip-hop duo Macklemore & Ryan Lewis also cancelled their scheduled concert in Tel Aviv due to “an unexpected change of schedule”, as their producers said at the time. While there is no evidence that this cancellation was related to Palestinian rights or BDS, some Israeli commentators said it was a silent boycott, linking it to the considerable “controversy” that inevitably erupts whenever international celebrities cross the Palestinian BDS picket line by agreeing to perform in Tel Aviv or in Israeli-sponsored events.

Radiohead and Nick Cave did cross the peaceful Palestinian picket line and performed in Tel Aviv earlier this year. Yet, the raving endorsements of both bands by the Israeli government and its lobby groups around the world demonstrated what the Palestinian Campaign for the Academic and Cultural Boycott of Israel (PACBI) has been saying all along: “Playing in Tel Aviv is never simply about music,” it is “a political and moral decision to stand with the oppressor against the oppressed.”

Lorde’s decision is not surprising given her progressive position on women’s rights, racial justice and xenophobia. It is perhaps part of a growing trend of stars taking a stand on human rights causes including police brutality, indigenous and environmental rights, and sexual assault.

The Jerusalem Post stated that with Lorde’s cancellation, Israel has “lost a generation”. It is, in fact, losing the support of a generation, including younger Jewish-Americans, that is distancing itself from Israel’s decades-old system of injustice and brutal oppression against the Palestinian people.

With Lorde’s morally consistent position, our world is gaining a principled and engaged generation, undeterred by intimidation and unafraid to heed the calls of the oppressed from Myanmar, to Yemen, to Ferguson, to Palestine and well beyond.

Hind Awwad is a Palestinian human rights advocate and steering committee member of the Palestinian Campaign for the Academic and Cultural Boycott of Israel (PACBI).