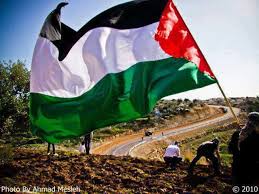 Malaysia has opened an “Embassy to Palestine” in Jordan, after Israeli authorities purportedly refused to grant officials from the Southeast Asian country access to the seat of the Palestinian Authority, in the central occupied West Bank city of Ramallah.

Israeli English-language broadsheet newspaper, The Jerusalem Post, reported that the Israeli foreign ministry took the measure in response to what it described as various “anti-Semitic” and anti-Israel statements made by Malaysian Prime Minister Mahathir Mohamad.

As a result, Malaysia opened an “Embassy to Palestine” in the Jordanian capital city of Amman, the report asserted.

This is while Malaysian Foreign Minister Saifuddin Abdullah had earlier stated that his country plans to open an embassy accredited to Palestine in Jordan because it has no diplomatic ties between Kuala Lumpur and Tel Aviv.

That is the main reason why we cannot open our office in Ramallah, in West Bank. If our embassy is opened in Ramallah, Malaysia will need to officially engage with Israel for logistics, administrative and immigration matters,” he said on October 31.

Saifuddin said the Malaysian government was taking the necessary steps in order to realize the opening of the embassy as soon as possible.

“Our ministry is in the midst of gathering information to implement this decision and getting feedback and experiences from parties that had opened diplomatic missions or embassies in Palestine,” he said then.

Al Ray further reports that, on October 25, Mahathir announced that Malaysia will open an embassy accredited to Palestine, to enable it to extend aid to Palestinians more easily.

The campaign sought to mobilize resources for the UNRWA at a time when the UN body faces a financial crisis after the United States, one of its leading supporters, announced its decision to no longer fund the agency.

Palestine currently has an embassy in Kuala Lumpur, and the diplomatic mission is headed by Ambassador Anwar al-Agha.