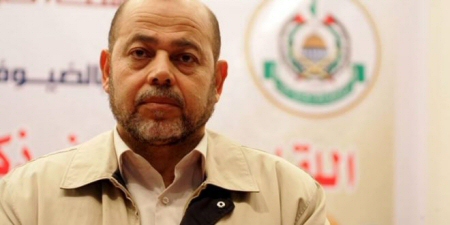 Member of Hamas’s political bureau Mousa Abu Marzouk has reiterated his movement’s rejection of any call for recognizing the state of Israel, expressing its dismay at some Arab attempts to normalize relations with the ongoing occupation.

Abu Marzouk, who is on an official visit to Algeria, made his remarks during a news conference held on Wednesday, at the headquarters of the Movement of Society for Peace, in the capital.

“Unfortunately, there are attempts to normalize relations with the Zionist entity and grant it legitimacy in the region or part of the region as well as attempts to enter into an alliance with that entity,” Abu Marzouk stated.

According to the PNN, the Hamas official called for severing all political and economic ties with Israel and dealing with it as an enemy. He also talked about Al Aqsa Mosque, stressing that all the Muslims around the world are demanded to make every effort to protect it against Israeli threats.

He highlighted his current visit to Algeria, describing it as “fruitful and important.”