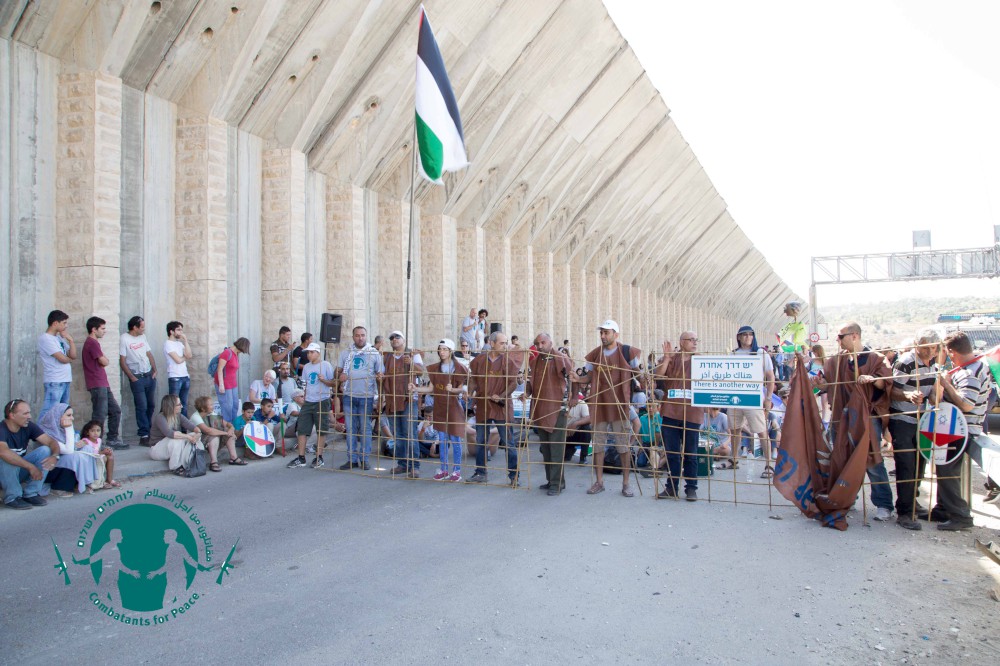 At least 205 Israelis and Palestinians marched on Friday Under the title of “Freedom for Prisoners of Peace”. The protest was organized at the settlers road 60 near the southern West Bank city of Bethlehem. Combatants for Peace Movement organizes the freedom march, in collaboration with Palestinian and Israeli NGOs, against the Occupation and the violence it creates. The march started at 1:30 midday from the Batier village roundabout – road 60 south of Bethlehem and reached the tunnel checkpoint separating Bethlehem from Jerusalem.

Before marching CFP activists handed out water and salt to driving cars in solidarity with the three hunger striking political detainees held by the Israeli army , Mohamed al Balbul, Mahmoud al Balbul, and Malak Al Qadi. All three are on hunger strike since July 2016 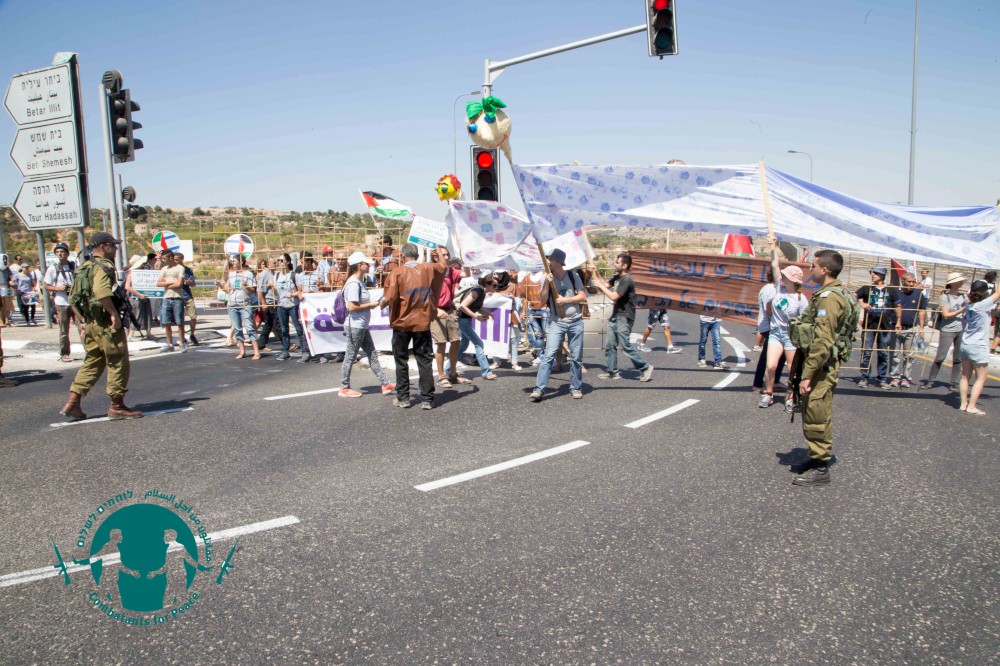 During the protest, CFP activists wore brown T-shirts in solidarity with the Palestinian political detainees held by the occupation and those of them who are on hunger strike to protest ill-treatment and the administrative detention policy Israel uses against them.

“I am here to say we should fight for peace and not fight peace, I join you by calling all nations and the government of Israeli in particular to stop this shameful and illegal policies, and unconditionally release all political detainees. Long live freedom, long live humanity long live peace.” Ghazal Hijoo, ex-political detainee held by Israeli said during her speech at the end of today’s protest. 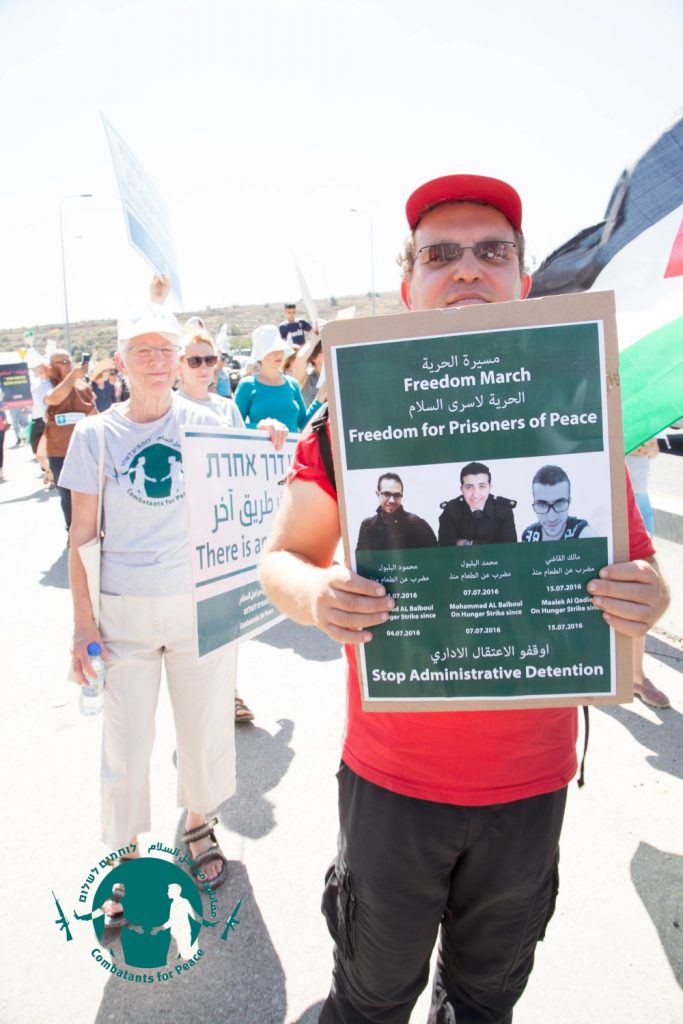 From her part, Dr. Rachel Stroumsa , the Executive Director of the Public Committee Against Torture in Israel said in her speech” I am here today to say that we must work for a future that are free of torture, a reality of torture and inhuman treatment should change and it can be changed.”

Currently the Israeli military is holding 7000 Palestinian political detainees including 70 women and 400 children in 22 military detention camps. The army uses administrative detention policy to hold Palestinians for longer time without charges or trail.