Me And My Aunt Vs. Cancer 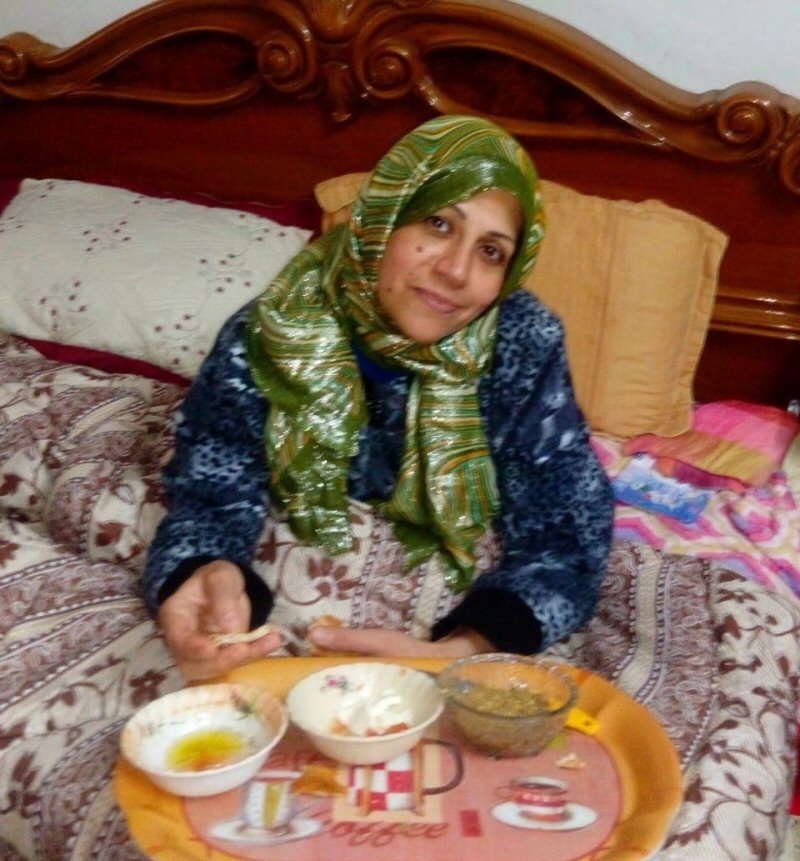 “No one knows what the next day will be like. Hope is the only thing that keeps me moving forward. Coping with cancer is only possible when I take it one day at a time, and value the present.”

Those are the words of my Aunt Hanan, 55 years young. And, she was diagnosed with breast, ovarian and colon cancer—all at the same time. Since the colon cancer is advanced (stage IV), she likely won’t live more than three to five years—and, that is with proper treatment. She has a strong will to live, though, and knowing my aunt, she can beat the odds. (Her name means “tenderness,” but she has a will of steel.) But, she needs help, fast. I want to believe in miracles. And, so, I share her story:

I have 11 aunts (yes, you read that correctly!), but Aunt Hanan is my favorite. Part of the reason, of course, is that two of her daughters are my best friends, so I spend a lot of time in their home. But, it’s more than that. At night, when I am there, I burrow into bed with my cousins and she tucks us in, sitting down beside us like when we were children. She tells us stories from the Quran, and her low, soothing, melodic voice—strong with confidence and conviction—filled me with a deep sense of peace, lulling me off to sleep. I treasured my nights, there.

But, my aunt’s entire world—and thus mine—changed in December, 2015, when a routine colonoscopy found a tumor that turned out to be cancerous. Three weeks later, she was in the operating theater, to remove the tumor, when cancer was found on one of her ovaries, as well. Then, the physicians found the beginnings of cancer in her left breast.

It came as a shock to everyone, me included. Imagine that a woman who is as close to you as your mom is drowning and tries to catch your hand. You frantically reach out, trying to save her, but your effort is in vain. That is exactly how I felt.

For the next three years, my aunt received 30 doses of chemotherapy; the only time when she wasn’t having those toxic chemicals injected into her veins was about five months when Israel refused to let her travel out of Gaza. (According to the World Health Organization, nuclear medicine scanning, which is needed for staging cancers, radiotherapy equipment and some specialized surgeries are unavailable in Gaza. As for chemotherapy, more than half of the needed drugs dropped to less than a month’s supply, throughout 2018.) Many patients are forced to leave Gaza, to get the care they need. But, 39 percent of applications for exit permits were unsuccessful, last year. For some, their health spirals downward before then, even resulting in death. Yet, Israel never offers a reason for its delays and denials.

“The challenges we as doctors face are many,” says Dr. Rasmi Qishta, her physician. “For example, we often lack the right medicines. Sometimes, we are able to start to give a patient a course of treatment, but then run short. The gap affects patients in a very bad way. We also have no access to radiation therapy or atomic scanning equipment. That’s important to help us figure out exactly where the carcinoma is located. Likewise, in Gaza, we don’t have the tools to study cancer cells to determine the right way to fight them. As a result, we must send many patients to Jerusalem. That’s assuming they can get an exit permit.”

Chemotherapy was not enough for my aunt. Last year, she received the news that, in addition to her ovaries, part of her colon had to be removed. And, that meant she needed a colostomy, in which the lower part of her intestine is replaced by a bag for collecting waste, worn on the outside of her body.

“When I lost my hair during chemotherapy, I was ok,” says my aunt. “But, the colostomy is hard; the skin around the (exit) tube is painful most of the time. And, it’s not temporary; I have to live with it.”

A colostomy, also, is not cheap. While the local Ministry of Health gives cancer patients colostomy bags free, every month, they are of poor quality, leaving the skin even more sore than usual. Thus, my aunt buys her own bags, which cost 70 shekels (about $20) each. She requires 30 every month, totaling $600. That’s in addition to other expenses, such as the medicine.

Even with a loving family and a crowd of friends, cancer is lonely. Very lonely. No matter how strong and deep your support system, cancer is a journey that must be taken alone. Still, I fight against that.

I have talked to her doctor many times, asking what can be done.

“Her case is very complicated, since cancer is spreading throughout her body,” says Dr. Qishta.

Hope is all we have and all we seek. That, and the money needed to afford the treatment to help her stay comfortable.

~We Are Not Numbers/Days of Palestine
(edited for the IMEMC by c h r i s @ i m e m c . o r g)
Human Interest 05/15/19 Israeli Occupation Exploiting Eurovision to Consolidate Colonialism