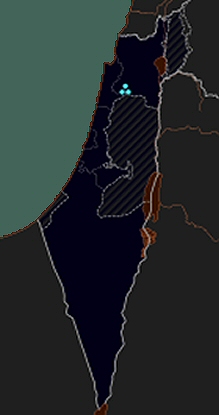 The 35-year-old  was ordered, on Monday, to six months of administrative detention by the Israeli occupation military, when he had been scheduled for release after 14 and one-half years in Israeli prison. He launched an open hunger strike demanding his freedom on 15 June.

IMEMC notes: Administrative Detention is an archaic form of punishment, dating back to the days of British Mandate, in which the detainee is subjected, over 6 months intervals, to imprisonment without charge or trial. The conditions faced by detainees are, most often, quite harsh, and the sentence can be invoked repeatedly, with little to no legal discretion, at the behest of the prison authority.

Palestinian prisoners have launched a campaign of protest in support of Kayed, in demand of his immediate release and the cancellation of the administrative detention order against him. All prisoners affiliated with the leftist Popular Front for the Liberation of Palestine, Kayed’s political party, carried out the first of several planned two-day hunger strikes on 14 and 15 June; Kayed was the PFLP prisoners’ representative in Megiddo prison before being transferred to solitary confinement for the last year of his imprisonment.

The Handala Center for Prisoners and Ex-Prisoners said that the 30 prisoners in Megiddo view the order against Kayed as an attempt, by the Israeli occupation, to implement a new systematic policy against prisoners at the end of lengthy sentences, and an attempt to impose a policy of fear on prisoners to discourage protest inside the prisons, as Kayed was a known leader in the prisoners’ movement. 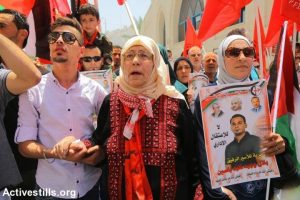 A press conference and march will take place on Saturday, 18 June in Bilal Kayed’s home town of Asira al-Shamaliya at 10 pm, with the march beginning at the Asira municipality building, followed by the press conference with Kayed’s family at his home. Protests will also take place in various cities and towns in Palestine and internationally.