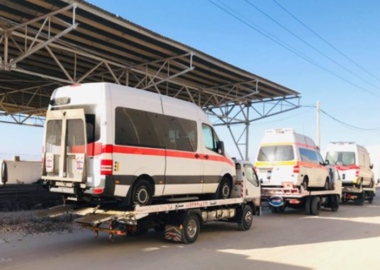 Essam Yousef, the head of the “Miles Of Smiles” convoys in the Gaza Strip, has reported, Friday, that “Miles Of Smiles” has made it into the besieged coastal region, carrying essential medical equipment and vehicles for transporting persons with physical challenges.

He added that this was the fourth “Miles of Smiles” medical convoy since May of this year, and that the aid was used in a number of charitable projects, in addition to providing supplies, which enable surgeons to perform surgeries on many Palestinians, who were injured by Israeli army fire during the Great Return March processions.

In addition, the convoys carried food supplies and financial assistance, which were given to families and individuals impacted by the ongoing illegal Israeli siege on the Gaza Strip and the repeated aggression.

Yousef also stated that the health conditions in the Gaza Strip are very difficult, and require constant assistance, especially when taken into consideration the ongoing and devastating Israeli siege on the coastal region.