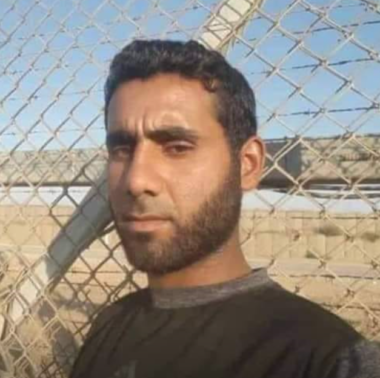 Israeli forces attacked non-violent protesters in different parts of the Gaza Strip on Friday, killing one Palestinian and wounding 57, including 18 who were shot with live ammunition.

The Palestinian protest organizers called this Friday’s March of Return the “Friday of 78 Children”, in honor of the 78 children killed by Israeli forces since the weekly protest marches began in March of 2018.

According to local Palestinian medical sources, 28-year old Alaa Nizar Ayesh Hamdan was shot and killed by Israeli forces in a protest east of Jabalia town in the northern Gaza Strip while participating in the March of Return protest. He was taken to the Indonesian Hospital in Beit Lahia, in northern Gaza, where he was declared dead.

In addition to Hamdan, Israeli forces shot 18 Palestinian protesters with live ammunition, several of whom had critical injuries. 39 Palestinians suffered from other injuries inflicted by the Israeli military, including being hit with so-called ‘less-lethal’ weaponry, and reactions to tear gas resulting in hospitalization.

The Palestinian Wafa News Agency, Israeli soldiers stationed in military towers and behind earth mounds along the separation fence east of the Gaza Strip fired live ammunition, rubber bullets and tear gas canisters at the participants, causing dozens of protesters to suffer from tear gas inhalation.

Organizers of the weekly Great March of Return in Gaza say that the purpose of the protests are to condemn the unjust siege imposed on the Gaza Strip since 2007, and to call for the right of Palestinian refugees to return to their cities and villages from which they were displaced by Zionist forces in 1948 and 1967.

In a statement in advance of Friday’s protest marches, the organizers wrote, “reconciliation is the choice of our people,” adding that the Friday protest was in honor of the Palestinian victims of the occupation, noting in particular the cases of “Mohammed Al-Durra, Fares Odeh, Fares Sersawi, Yasser Abu Naja and Mohammed Abu Khdair.” They condemned the silence of the international community in relation to the Israeli military’s direct targeting of the children of Palestine, and criticized the Israeli authorities for issuing false propaganda that claimed that Palestinians put the children in harm’s way on purpose.

The National Commission for the Marches of Return and Breaking the Siege called for unity between all Palestinian factions, especially in recognition of the dangers facing the Palestinian struggle for self-determination. The Authority condemned the U.S. administration for being “a partner of the occupation in the creation and implementation of plans to take Palestinian land.”

The Commission called for the rehabilitation of the Palestinian national project after the damage suffered over the years of Oslo, which shattered Palestinian unity and sowed the seeds of disagreement and discord among the Palestinian ranks, and stressed the continuation of the return marches and breaking the siege in the Gaza Strip.

In addition, the Commission condemned the Israeli annexation plan for the West Bank and the Jordan Valley.

It also called on Arab and Islamic countries to shoulder their responsibilities in ending and lifting the unjust siege on the Gaza Strip, in order to enable the Palestinian people to exercise their right to work, trade, travel and travel without restrictions. The statement added that the continuation of the siege and closure is an ongoing aggression against the Palestinian people. 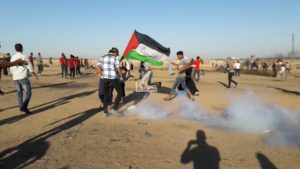 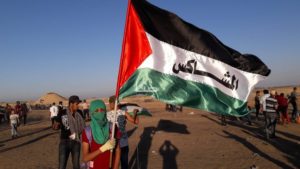