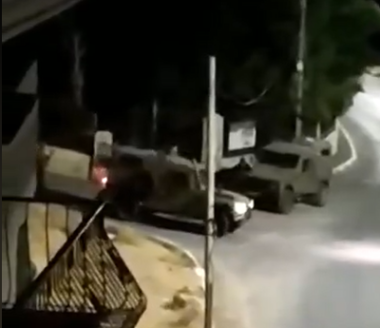 Israeli soldiers invaded, on Friday evening, the town of Beit Ummar, north of the southern West Bank city of Hebron, and injured several Palestinians, in addition to abducting one.

Awad added that the soldiers fired a barrage of gas bombs and concussion grenades, and chased the protesters to abduct them.

He also said that the soldiers chased a young Palestinian man with their jeep and abducted him; his name was unknown at the time of this report.

It is worth mentioning that the Israeli army claimed one soldier was injured during the protests, and that an explosion was heard near the military tower at the entrance of the town. No injuries or damages were reported.