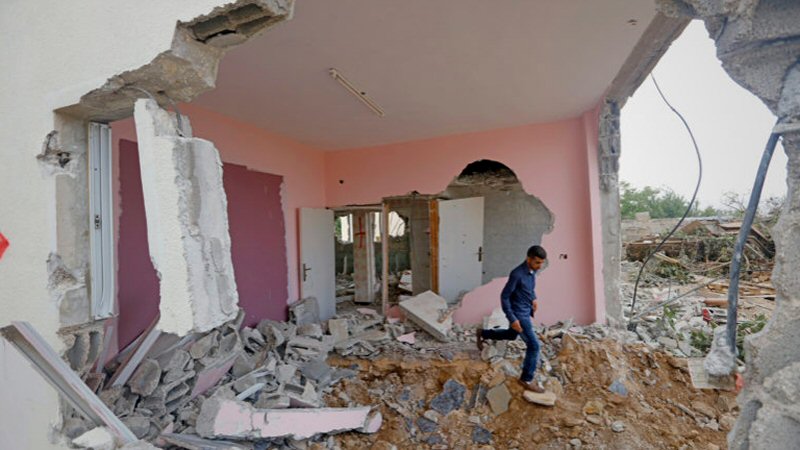 Even if Palestinians fulfill the appeal requirements put in place by military order 1797, Israeli authorities maintain complete authority to proceed with demolition.

Two Jerusalem legal aid organizations will petition the Israeli Supreme Court to overturn a new military order which makes it possible for Israeli forces to demolish Palestinian homes in Area C within 96 hours after delivering demolition orders. The petition follows a formal letter the Jerusalem Legal Aid and Human Rights Center (JLAC) and the St. Yves Society sent to the Israeli defense ministry on June 4, 2018 in which they argue that the military order “blatantly violates…international law and contravenes existing local legislation.”

The Coordinator of Government Activities in the Occupied Territories (COGAT) issued military order 1797 on April 17, 2018. COGAT, under the direct control of the Israeli defense ministry, runs civil affairs in the occupied West Bank. Order 1797 will go into effect on June 19, 2018.

Under the order, COGAT excuses itself from informing Palestinian homeowners directly that their homes are slated for demolition. JLAC and St. Yves explain in a joint press release that Israeli authorities only require demolition orders be placed “next to” relevant structures 96 hours before Israeli forces arrive to execute demolitions.

If a homeowner does catch wind of an impending demolition, he or she must present an approved master plan and building permit to appeal the demolition. Israel’s discriminatory housing policies in the West Bank ensure that this is an almost impossible requirement for the 300,000 Palestinians living in Area C, 60 percent of the West Bank, to fulfill. According to the UN Office for the Coordination of Humanitarian Affairs (OCHA), between 2010 and 2014, for example, Israel approved 1.5 percent of building applications in Area C. Israeli authorities, however, routinely approve of settlement master plans and even halt demolitions of settler outposts citing the existence of master plans, JLAC and St. Yves point out. Indeed, since 2017 Israeli officials have approved nearly 14,000 settlement units in the West Bank.

In addition to having to produce an approved master building plan within four days, Palestinian residents of Area C attempting to forestall demolition must prove that construction on their home or home addition has been completed for six months or that the structure has been inhabited for thirty days.

By requiring that Palestinians produce so many documents in such a short period of time, this military order “virtually strips the affected residents of the right to due process and the capacity to challenge the demolition orders through legal avenues, by requiring that objections to the demolition order be accompanied with a valid building permit,” JLAC and St. Yves wrote in their press release. Moreover, COGAT remains the sole arbiter of these appeals. Put differently, even if Palestinians fulfill the appeal requirements put in place by military order 1797, COGAT empowers itself to proceed with demolition anyway.

St. Yves and JLAC emphasize that this new military order violates international law, including Article 7 of the Rome Statute of the International Criminal Court, which defines forcible transfer of occupied populations as a crime against humanity. The order also violates Article 43 of the 1907 Hague Regulations, which requires that an occupying power respect the laws in the country that it occupies. In this case, that means the Jordanian Planning and Construction Law, which allows residents to retroactively legalize home constructions in the face of a demolition order stemming from illegal construction.

One area that may be acutely impacted by this new military order is the E1 corridor, which sits between the Jerusalem municipality’s borders and the settlement of Ma’ale Adumim. For years, Israeli politicians have proposed incorporating this area, which is in Area C, into the Jerusalem municipality. Such developments are key to maintaining what Israel euphemistically calls a “demographic balance” in Jerusalem, i.e. restricting the Palestinian population to 30 percent of the city’s total population. Palestinian presence in Jerusalem today likely constitutes at least 40 percent of the city’s population.

The Palestinian Authority condemned military order 1797 when it was first announced. “This illegal development would generate more crimes against Palestinian rights of access to a safe and stable living environment and would worsen the already dire conditions of 393,000 Palestinian citizens,” the government said in a statement issued by the Prime Minister’s Office.

Corey Sherman is a teacher in Washington D.C. and a contributing editor to aicnews.org.