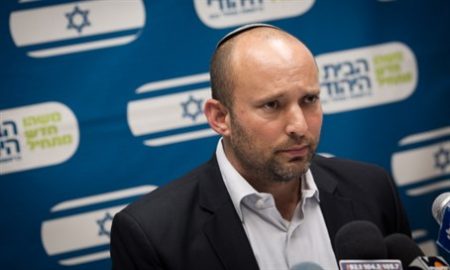 Various Israeli officials joined the IDC institute of Counterterrorism annual conference to discuss the development of terrorism and ways to counter, where Israeli minister of education, Naftali Bennett  emphasized that “modern Zionism has created a safe haven for Jewish people, and Iran threatens this” and continued “I have no doubt that the nuclearization of Iran is the number one existential threat to the state of Israel”.

He claimed that an attack on Iran would not destroy the country, but an attack by Iran on Israel would, and that is a great threat for Israel. Despite the lack of an actual war between Israel and Iran and Israel’s recent bombing of an alleged weapon factory in Syria, which could be seen as provoking and as an invitation to a proxy war with Iran, Bennett underlines, that the tension between the two countries is not a “Cold War”.

Bennett also argued that Israel’s own policy of disengagement is one of the greatest threats towards itself, and mentions as an example the 2005 disengagement from the conflict in Gaza, and that the consequences of Israel’s disengagement was the takeover of the Strip by Hamas.

As another example of Israel’s policy of disengagement, Bennett mentions the situation with Hezbollah, and states that, when the Israeli military retreaded from the position in Lebanon they indirectly allowed Hezbollah to blossom and to grow strength.

“I would like to state this emphatically: Lebanon is Hezbollah and Hezbollah is Lebanon. A ballistic attack on Israel would be the equivalent of a declaration of war by sovereign state of Lebanon,” he said.