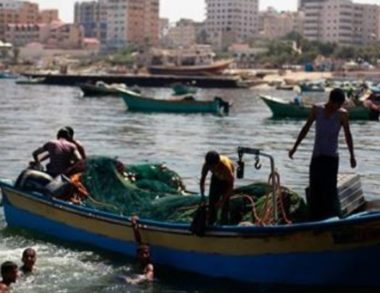 They added that the army vehicles, including bulldozers, advanced nearly 100 meters into the lands, and bulldozed sections close to the fence.

In addition, the Israeli navy ships fired many live rounds at fishing boats, in Palestinian territorial waters close to the shore, in the northern part of the coastal region.