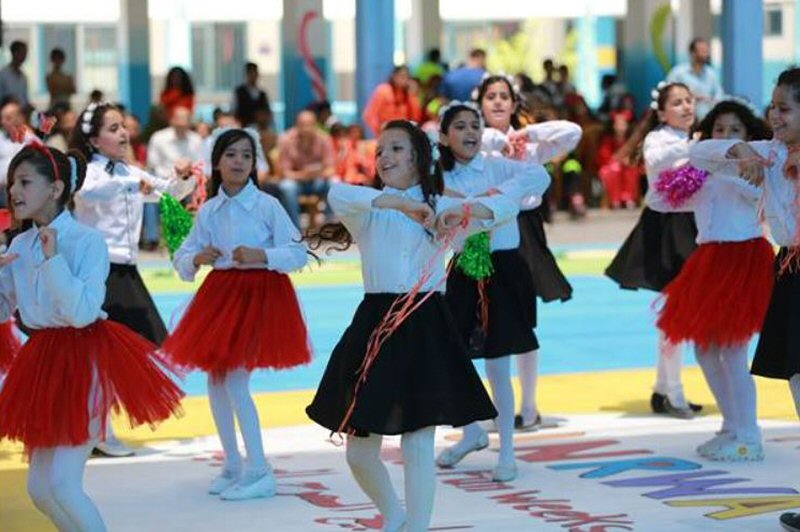 nsnbc : One hundred and eighty-six thousand children have registered to participate in a month-long programme of summer activities organized by the United Nations Relief and Works Agency for Palestine Refugees in the Near East (UNRWA). The ‘Summer Fun Weeks’ (SFWs) will began on July 8 and culminate in a series of closing ceremonies that end on August 5.

According to the Director of the Summer Fun Weeks, Yousef Moussa, the event is well-balanced in terms of the gender of the participants: “50.3 per cent of participants will be girls and 49.7 will be boys. There will be football for the boys and basketball for the girls. We have also included mural painting and handicrafts, as well as bouncy castles and trampolines for the younger children,” he said.

The Summer Fun Weeks (SFW) events will involve 115 UNRWA schools across the Gaza Strip, including the Al-Nour Centre for the Visually Impaired in Gaza City and seven community-based rehabilitation centres. UNRWA has also devised area-specific activities such as ‘Rethink and Recycle’ in Rafah, the ‘Expo Tech’ exhibition in Khan Younis, English SFW activities in the Middle Area, Sea Messages in Gaza Area, and the ‘Equity and Equality’ initiative in the north. New activities include the Student Ambassador programme, Students Camp and the UNRWA School Choir.

The UNRWA reports that the Summer Fun Weeks will culminate in the final week with the ‘Gaza Champion’s League’: a football competition for boys and a basketball tournament for girls. There will also be an art competition based on the Agency’s human development goals which will be followed by drawing and a photo gallery.

“The pressures on children in the context of this decade-long blockade are immense,” said the Director of UNRWA Operations in Gaza, Bo Schack. “A whole generation is being deprived of a normal childhood and we need to give them back a sense of fun and of simply being children. In the wider context, our Summer Fun Weeks will provide job opportunities for thousands of people in addition to empowering the local economy in a place where unemployment levels are among the highest in the world.”