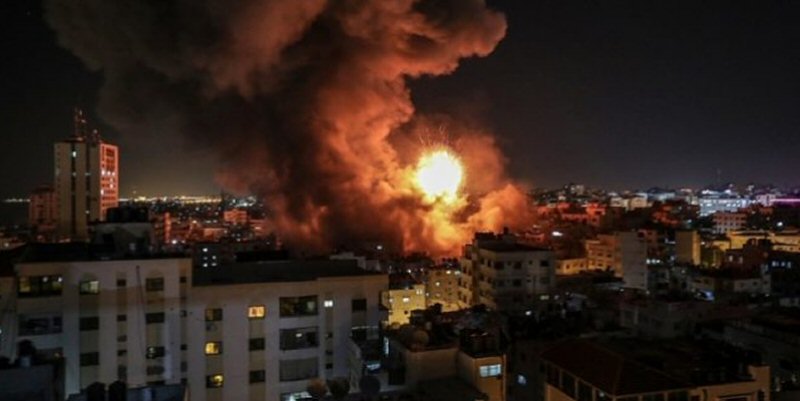 Israeli Prime Minister Benjamin Netanyahu cut short his visit to Paris, aimed to commemorate the century of Armistice that brought World War One to an end, in order to follow up closely Israeli deadly attacks on Gaza.

Timing is everything in international politics, so as 70 world leaders descended on Paris at the weekend to commemorate the centenary of the Armistice that brought World War One to an end you’d think that most would use the occasion to talk about peace. Not so Israel’s leader Benjamin Netanyahu who, instead of honouring the millions of soldiers who died in the Great War, was busy ramping up the threats to destroy neighbouring Gaza.

At a press conference just hours after the centenary commemorations, Netanyahu held his own media show. “No political solution exists for Gaza,” he told journalists, “just as there isn’t one with ISIS.”

In comparing Hamas with Daesh he was insulting those who are actively involved in trying to negotiate a long-term ceasefire in Gaza, as well as insulting millions of Palestinians by trying to draw parallels between them and the terrorist group. How dare he suggest that they are any less desirous of peace simply because they also seek justice.

One has to wonder why Netanyahu even bothered to go to Paris, because it certainly wasn’t to listen to French President Emmanuel Macron and so many other world leaders as they prayed for peace standing in silence at 11am on 11 November, marking the time and date that the guns fell silent across the Western Front in 1918, heralding the end of a four-year conflict.

Surely a little silence from Netanyahu would not have gone amiss. Instead, he trampled over the lives of the ten million troops and just as many civilians who died in World War One to bang the war drums ever louder in Gaza’s direction.

Where was Netanyahu when Macron made his comment about patriotism? “Patriotism is the exact opposite of nationalism,” said the French President. “Nationalism is a betrayal of patriotism. In saying ‘our interests first, whatever happens to the others,’ you erase the most precious thing a nation can have, that which makes it live, that which causes it to be great and that which is most important: Its moral values.”

Did the Israeli Prime Minister even bother to attend the inaugural Paris Peace Forum which wants to avoid the sort of politics which led to the outbreak of World War One? He must have spent time out of the media glare being briefed on what turned out to be a botched covert operation by Israeli Special Forces miles inside the besieged Gaza Strip on Sunday evening. While the death toll of Palestinians in the enclave ran into double figures as a result of the Israeli incursion, a senior Israeli soldier known only as Lieutenant Colonel M was also killed. Israel’s army chief Lieutenant General Gadi Eisenkot said that M had been killed in a “very meaningful operation to Israel’s security,” adding that the army owed him “more than we can say.”

The coming together of world leaders in Paris on Sunday was to remember and honour the war dead, “lest we forget”. It seems that, within hours, Netanyahu had already forgotten why he was there, and exposed the Zionist State’s fuelling of a dangerous escalation of violence against the Palestinians. 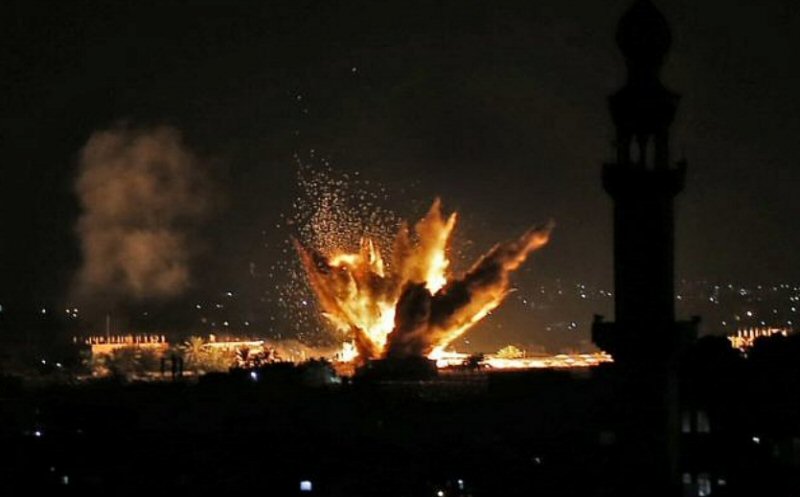 It is shameful that not one world leader in Paris was prepared to stand up and berate the Israeli government for planning and preparing for war at a time when the world came together to pray desperately for peace. We should not be too surprised, though, because for Israel and its supporters — many of whom were among those 70 leading politicians — weasel words, empty prayers and open hypocrisy are par for the course. They’re not only shameful, but also entirely shameless.

Yvonne Ridley is an author, famous journalist and film-maker Yvonne is a committed peace activist, champion of civil liberties and advocate for women’s rights. She was on the first international flotilla to sail to Gaza in 2008.