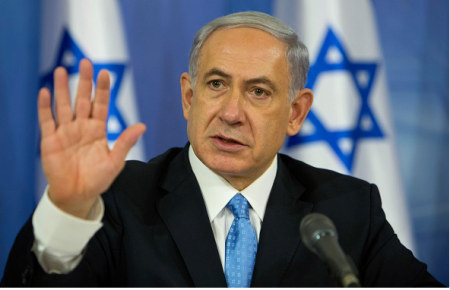 Israeli Prime Minister Benjamin Netanyahu on Sunday blocked a legislation that would prevent the division of Jerusalem, Israeli media reported, according to Al Ray.

According to the Jerusalem Post, the Prime Minister’s office explained the reason as Netanyahu wanting the coalition to reach a consensus on what the bill would look like, rather than use a version put forward by Israeli Education Minister Naftali Bennett, of the right-wing Bayit Yehudi party.

“In addition, there is a Jerusalem Affairs Minister, Ze’ev Elkin, who has the right to be involved in the legislation,” it added.

The bill, which was scheduled to be put to vote next Sunday, requires a vote of 80 members of the Knesset (Israel’s parliament) to approve the concession of any part of Jerusalem.

Head of Bayit Yehudi party Naftali Bennett, according to the daily, said that the bill sets a very high bar for dividing Jerusalem.

“Twice in the last 15 years, we were a hair’s-breadth away from giving away the Temple Mount, Mount of Olives, City of David and three-quarters of the old city to the Palestinians, in the time of [former prime ministers Ehud] Barak and [Ehud] Olmert,” he said.

“Netanyahu blocked the legislative process, but we are determined to pass it in three readings, and I’m sure we can unite around the bill and Jerusalem,” he added.

Israel occupied the West Bank — including East Jerusalem — during the 1967 Middle East War. It later annexed the city in 1980, claiming it as the capital of the Jewish state in a move never recognized by the international community.

International law views the West Bank and East Jerusalem as “occupied territories”, and considers all Jewish settlement-building activity on the land as illegal.

Palestinians accuse Israel of waging an aggressive campaign to “Judaize” the historic city with the aim of effacing its Arab and Islamic identity and driving out its Palestinian inhabitants.