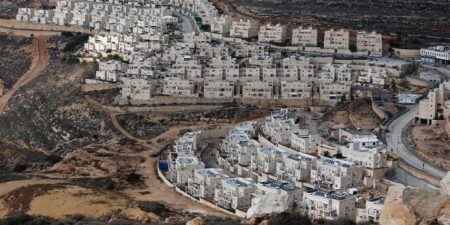 On Thursday night, the Israeli security cabinet unanimously voted for the establishment of a new settlement in Emek Shilo, to house the Amona settlement evacuees.

After the High Court of Israel ruled the Amona settlement illegal in 2006 and later, in 2014, ordered the complete evacuation of the settlement, Israel has now approved a new settlement close to the already existing Shiloh settlement. The new settlement, according to the PNN, will house the previous residents that were evacuated from Amona. This comes after Prime Minister Benjamin Netanyahu made a promise to the Amona evacuees about building them a new settlement.

Dr. Hanan Ashrawi, executive committee member of PLO, made a statement saying that “today’s announcement once again proves that Israel is more committed to appeasing its illegal settler population than to abiding by the requirements for stability and a just peace.”

The approval happened while Netanyahu was, and still is, in the midst of negotiating with Washington on the possibility of stopping the general settlement annexation. President Donald Trump has not yet made a statement regarding the building approval. Netanyahu was determined to keep his promise to the Amona settlers, and said that enough land to build 2,000 homes in existing settlements has been granted.

A White House official said that President Trump has expressed his concerns regarding settlements and that the existence of settlements is not directly against peace but that it does not help to advance it. According to the official, the Israeli government has stated that it will take into consideration the President’s concerns. The official went on to say that they “will continue to work with Israelis and Palestinians, and other players in the region, to create a climate that is conducive to peace.”