No Solution for Two Detainees on Hunger Strike for 2 Months 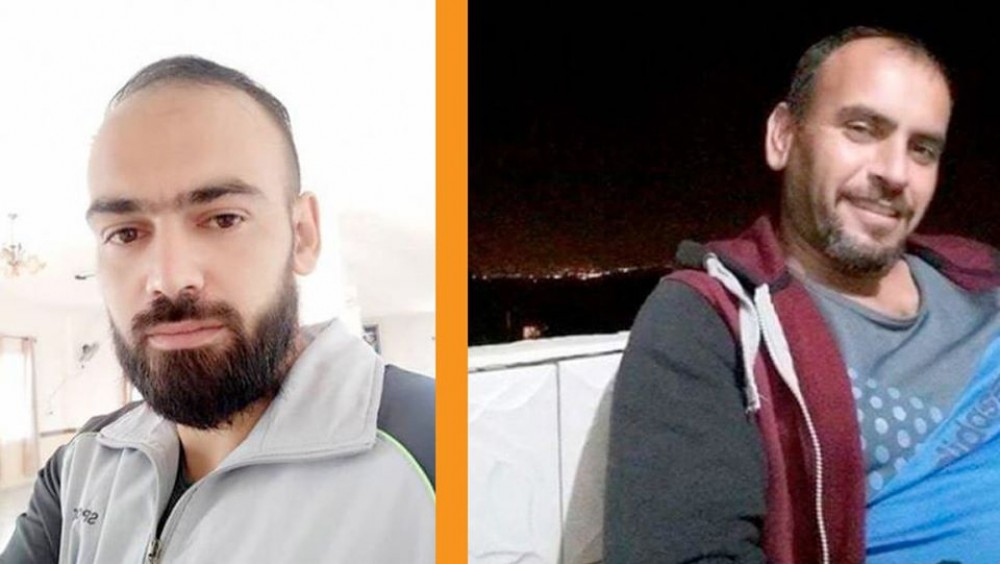 Commission of Detainees’ Affairs stated that two hunger striking Palestinian prisoners; Ahmad Zahran and Musab al-Hindi, are suffering from acute deterioration in their states of health, with no serious solutions to end their case, the Palestinian Media Agency (ALRAY) reported.

The commission indicated in a statement, on Wednesday, after the prisoners’ lawyer visited them at the Nitzan jail, that the Israeli Prison Service (IPS) have provided no meaningful solutions to resolve their cases, noting that they have been on hunger strike for over two months in protest against their administrative detention.

The statement added that although the two prisoners have suffered from serious deterioration in their health, depending on a wheelchair to move, and despite having lost over 20kg, the IPS brings them with handcuffs on their wrists and ankles to visit the lawyer.

It is worth mentioning that Ahmad Zahran, 42, a resident of Deir Abu Mash’al village west of Ramallah, has spent 15 years imprisoned in Israeli jails.

He is now on hunger strike for the second time in 2019, his previous 39 day long hunger strike ended after Israel promised to release him, yet the occupation authorities renewed his administrative detention.

As for the prisoner Musab al-Hindi, 29, the Israeli High Court rejected an appeal made by his lawyer two days ago and left him under administrative detention.

Al-Hindi, a resident of Tell town, southwest of Nablus, received a total of 24 administrative detention orders against him, as he was detained on September 4th, 2019.

Last year, al-Hindi went on a hunger strike for 35 days and ended it after an agreement to release him on September 9th, 2018, yet the Israeli occupation authorities imprisoned him again, issuing a six-month administrative detention order.

There are approximately 500 Palestinians currently being held under Israel’s illegal policy of administrative detention, under which prisoners can be held for renewable six-month periods, without charge or trial.

Moreover, approximately 5,700 Palestinians, including 48 women and 250 children, are currently languishing in Israeli jails.