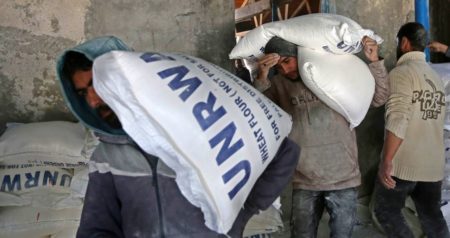 UNRWA spokesperson Sami Musha’sha’ says that the committees which emerged from the meeting of the Advisory Committee in support of the UNRWA, which held its meetings in Jordan, went to Lebanon, today, to visit the refugee camps and to follow-up on their living conditions.

“This visit is aimed at mobilizing financial and political support for them,” Musha’sha’ said, in an interview with Voice of Palestine Radio.

He added that the agency needed $167 million to cover its deficit for this year, adding that Germany had recently announced that it would provide $69 million for various UNRWA projects, and that there were still funds withheld by Belgium, Switzerland, and the Netherlands, which had pledged to disburse them.

The agency is funded almost entirely by voluntary contributions from UN Member States. UNRWA also receives some funding from the Regular Budget of the United Nations, which is used mostly for international staffing costs, and the services encompass education, health care, relief and social services, camp infrastructure and improvement, microfinance and emergency assistance, including in times of armed conflict.